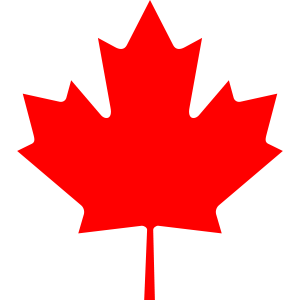 Canada overtakes the US for 'most-respected country' branding

Canada has been ranked the best-branded country in the world, Australia and New Zealand Rank 2nd and 3rd, while the US has sunk to 4th place in a list of the world’s most-appreciated countries.

In only short years, Canada has leaped to become the most respected country brand in the world as it cashed in on its popular successes in the Winter Olympic Games.

According to 6th annual FutureBrand County Brand Index, produced with the help of the BBC World News, Canada was top of the class in the most comprehensive study of country brands to date.

A country’s brand strength is a nation’s ultimate intangible asset and goes beyond its geographic size, financial performance or levels of awareness. Managed properly across every measure, according to FutureBrand, it can be a lasting vehicle for goodwill, encourage forgiveness in difficult times and even boost the value of exports.

After launching the new tourism brandâ€””Canada. Keep Exploring”â€”five years ago, Canada rocketed from twelfth place in 2006 to sixth place in 2007, and jumped again to achieve the second-ranked spot for the first time in 2008, a position it held again in 2009.

This year, the United States slipped from first place to cede the coveted spot to Canada. Amidst this jostling, Canada’s tourism brand has emerged powerful, engaging and vibrant in an intensely competitive international tourism marketplace.

The Canadian Tourism Commission and its partners seized the once-in-a-generation opportunity to showcase Canada’s tourism brand internationally by leveraging the 2010 Winter Olympics and providing stunning video content and stories directly into the hands of broadcasters and media in all the countries in which the CTC invests as well as tapping social media. Initial results of the CTC’s marketing campaigns conducted during the Games indicate that the number of flight bookings has tripled over 2009 as a result of the awareness created of Canada as a top-ranked travel destination.