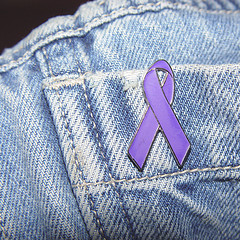 The IS Awareness Week is an annual even to raise understanding and awareness of infantile spasms (IS) with child neurologists, pediatricians, caregivers and parents. This year is the second time it has been held.

CNF has started a web site that provides information on Infantile Spasms, which is a form of childhood epilepsy and is extremely rare. There are around 2,000 new cases in the United States every year.

The CNF web site will have stories from families that are going through this and hear from leading child neurologists.

The Child Neurology Society is holding its first-ever 2010 IS Heroes Award and IS Research Award Ceremony this week. A special luncheon will be held in Providence, Rhode Island at their annual meeting.

Catherine Chu-Shore has been selected for the first-ever Logan Infantile Spasms Research Award. Her application was reviewed and selected by ten of the nationâ€™s top child neurologists.

Chu-Shoreâ€™s research is to identify early metrics of altered brain connectivity. These can serve as bio-markers for treatment stratification and prognostication for infants with IS.

The IS Heroes Award went to the Pediatric Neurology Division of the Barrow Neurologic Institute of Phoenix, Arizona. They were nominated by a grateful parent for making a positive difference in a childâ€™s life with IS.

For more information, go to www.infantilespasmsinfo.org 20 Thousand Overdose Deaths from Prescription Drugs
Subscribe to our newsletter