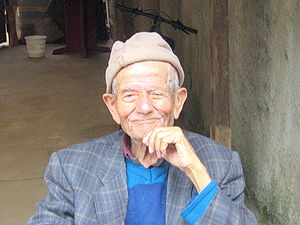 US civil justice system reveals abuse of the elderly.

The American Association for Justice (AAJ) has released a report which shows how the civil justice system is punishing Â cases ofÂ abuse and neglect of US senior citizens.

There have been many patients found toÂ have been abused by staff members. In some cases such abuse has even resulted in death of the patient, usually from infection or dehydration through neglectful care.

Because of this, families and residents of the nursing homes are now making the corporations accountable through litigation.

The report shows that thousands of seniors had their care cut after insurance companies discovered they had miscalculated the mortality ratesÂ in their planning.

Claims were then denied and the patients benefits were not paid any more. Some of these seniors in nursing homes no longer had any benefits to pay their bills.

It seems the insurance companies did not imagine the policyholders would or could fight back.

Trial attorneys found evidence of corporate programs doing the same thingÂ right across America,Â Â and put a stop to the practices.

There are now 1.5 million elderly Americans residing in nursing homes in the United States. Â Most of these are now operated by corporate chains instead of privately-ownedÂ ones. And with so manyÂ baby boomers now in their senior years, this has been a lucrative cash cow for many companies.

Sometimes families do not know they are losing their rights in court because of the stress of the matter when placing someone into a nursing home. Often they sign their rights away, quite literally.

The US Congress is introducing legislation to stop this, and will ban forced arbitration in nursing homes and in other consumer contracts. Electric Brain Stimulation Can Cure the Blues
Subscribe to our newsletter