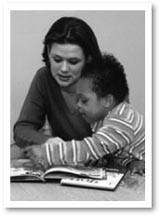 Houghton Mifflin Harcourt and First Book donate $100,000 worth of new books to schools -Image via Wikipedia

Walden Media, Participant Media, and Paramount Pictures today announced that 60,000 people have made pledges to see the documentary film Waiting For Superman. It will open on September 24th in Los Angeles, California and across New York State. In October it will open nationwide. This is the fourth goal in Pledge Progress Meter on the campaign.

Because of this, HMH or Houghton Mifflin Harcourt, a global education leader, and First Book will give an additional $100,000 worth of new books to programs and schools in low income communities across America. When HMH and First Book first joined forces, they donated 250,000 new books in the same fashion when the 50,000 level was met. The books will be distributed by First Bookâ€™s award winning distribution channels.

In May, Pledge Progress Meter started in a way to help foundations, non-profits, and corporations match pledge levels individually with action items aimed at helping both public schools and students. The first organization to take the pledge was First Book.

The film will examine the crisis of public education in the US through stories that interlock. It is designed to get people talking and take action to come up with ways for long term and innovative solutions to help make the lives better of children in the United States.

The executive producers of Waiting For Superman are: Diane Weyermann and Jeff Skoll from Participant Media. Lesley Chilcott is producing the film. The film is written by Billy Kimball and Davis Guggenheim. The film is being distributed by Paramount Pictures. Women in Pain: Tell Us Your Stories! Telescopes, Encyclopedias, Books on Tape in the Classroom – DonorsChoose.org
Subscribe to our newsletter