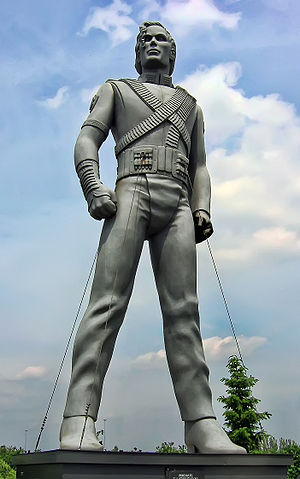 Katherine Jackson, mother of Michael Jackson, has filed a 16-page suit against tour promoter AEG stating that â€œAEG actions and inactionsâ€ led to the pop star’s death in June, 2009. The suit alleges that since the company hired Dr. Conrad Murray that they are responsible for his death. The lawsuit says that the promotion group is guilty of negligence, breach of contract and fraud. Ms. Jackson claims that profits were put ahead of what was best for Michael.

Dr. Murray has been charged with involuntary manslaughter in the case, after an inquest found the star’s death to have been a result of acute propofol intoxication, caused by the medication the doctor gave to Michael. Dr. Murray has pleaded not guilty in the criminal case and still holds his California license to practice medicine at this point.

Ms. Jackson named AEG President and CEO Randy Phillips in the suit, as well as Kenny Ortega, the tour director, and several others that were involved in the tour. The suit claims that these individuals failed to provide proper medical equipment and that the appropriate medical care was not taken during extensive rehearsals.

The suit is filed on behalf of Ms. Jackson and the singer’s minor children, whom are now in her guardianship.

Michael’s father, Joe Jackson, filed a wrongful death suit against Dr. Murray in June, on the anniversary of Michael’s tragic death. That suit was filed in federal court in Los Angeles. In the suit, Jackson alleges that the doctor repeatedly lied about having given Michael propofol, which hindered proper treatment that may have saved his life had it been known.