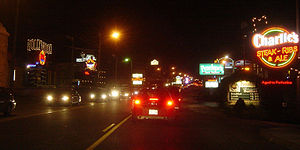 Branson, Missouri is laying claim to the title of live music capital of the United States as it prepares for the National Harvest Festival over the next two months.

The festival will feature the legend of an ancient warrior, the story of a modern day princess, and zip lines.

The guests will ride up in glass elevators to the top of Inspiration Tower and then zip their way back down hill at 50 MPH which will go across the 160 acre homestead. Ray Stevens, Bransonâ€™s favorite comedian, will also be returning to Branson at the Welk Theatre.

Featured at the Branson Exhibition Center is Diana: The Peopleâ€™s Princess, an exhibit of her famous gowns along with glimpses into her life, such as a piece of her wedding cake. There is an estimated 6,000 items on display.

Straight from China to Branson, is the newest attraction in town, The Legend of Kung Fu showing at the White House Theatre. There will be acrobatics, music, and audiences will be wrapped in the story of ancient China and learning Kung Fu. The Legend has been performed at the Beijing Olympics.