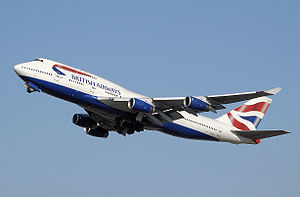 British Airways has a new campaign for 2011 called city breaks, where they’re offering more than 45 popular cities up for grabs as “city breaks” which, they say, offer a new adventure round every corner.

Destinations include famous US and International cities like Las Vegas, Lisbon, Stockholm, Marrakech and Gothenburg, making Easter breaks, Mother’s Day, the Royal Wedding and May bank holidays an easy reality for everyone with a yen to travel.

A highlight of the new British Airways campaign are the hotels in Las Vegas which can now be selected by theme for those looking to holiday in the gambling capital but feel like they’re staying in Paris, New York or even ancient Rome.

British Airways (BA) will also be launching a new route on March 27th to Marrakech, where the city’s bustling main square comes to life in the evenings, with entertainment from snake charmers, storytellers, dancers and acrobats and local cuisine available from dozens of food stalls.

In Europe, travellers can enjoy two night city breaks including hotels in Rome like the 3* Giotto which includes continental breakfast and return BA flights from Gatwick, or a cultural break in Budapest or Prague. Malaga is another of the options available for customers looking for a short weekend break, as it is easily combinable with the new London City to Malaga flights which will be launching on June 7th, or the airline’s 28 flights per week from Gatwick.

For those looking to bag a bargain, retail therapy in the United States has become even easier with city breaks in New York, Boston, or fly-drive holidays in California. Further afield the airline offers an increased range of holidays in Abu Dhabi, Hong Kong or Buenos Aires which will become a non-stop direct service as of March 27th.

The new city breaks campaign finishes midnight February 28, 2011 and all offers can be found on ba.com/cities

British Airways offers a wide range of holiday experiences around the world to complement its flight network â€“ with city breaks, beach holidays, hotels from value two star hotels through to luxury five star resorts, Avis car hire and as well as a wide range of experiences in-resort from city tours through to transfers. Customers can save time and money with ba.com when booking ATOL protected holiday packages utilising flight+hotel or flight+car (ATOL number is 5985). Passengers are offered added peace of mind to their holiday plans and the security of travelling with British Airways. British Airways plc constantly seeks to exceed customers’ expectations, both in terms of the value for money and quality of the service provided. AN OPEN LETTER TO PRESIDENTIAL CANDIDATES FROM A CHRONIC PAIN PATIENT Mental Health – Chronic Pain – And Where They Intersect