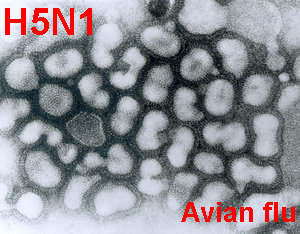 TheÂ Journal of Infectious Diseases has released the results of a study which shows that the drug,Â Oseltamivir, improves survival in patients infected with H5N1 bird flu.

Treating A/H5N1 Avian Influenza with Oseltamivir not only greatly reduced theÂ death rate in infected patients, it managed to do this in late stages of the disease.

There is a highÂ mortality rate associated with A/H5N1 in humans.

The study was a multi-national observational look at confirmed A/H5N1 Influenza cases, and was the biggest ever study done on bird flu. It showed that half the patients who took Oseltamivir within 6-8 days after the Influenza symptoms started, survived. Without the drug, the survival rate was just 29 percent.

The data was collected from 308 A/H5N1 patients who were infected between 1997 and 2009 in twelve countries. It showed the drug was highly effective when used as soon as Avian Flu symptoms started.

TheÂ survival rateÂ was 80 percent if the patient was given Oseltamivir within two days. But if a patient was not given the pharmaceutical, their chances of survival dropped to just 20 percent.

The first outbreak of A/H5N1 Avian Influenza in humans was found in Hong Kong, China. And since that time, more than 500 cases have been reported around the world. Finances and Pain: Is There Any Hope?