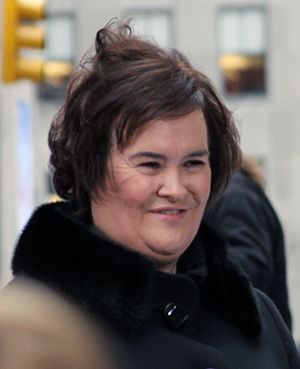 The second album by singing celebrity Susan Boyle, The Gift, will go on sale in stores on November 9th.

Columbia/SYCO Records are releasing The Gift as a full-length holiday album for the Christmas season.

The winner of the Susanâ€™s Search online talent contest, Amber Stassi, will debut and sing along with Ms. Boyle â€œDo You Hear What I Hear?â€ on the album.

This new album will have ten new tracks including the duet. It is one of the most highly-anticipated album releases of 2010 worldwide.

The album is produced by Steve Mac. Some of the tracks are: â€œDo You Hear What I Hear?â€, â€œAuld Lang Syne, Leonard Cohenâ€™s â€œHallelujahâ€ and others.

The TV show Britainâ€™s Got Talent skyrocketed Susan Boyle to international fame with the voice of an angel. She sang â€œI Dreamed A Dreamâ€ from Les Miserables in 2009, and it became the most-watched video on You Tube that year.Â At least 500 million hits were recorded. US mortgage rates fall to 4.36 percent