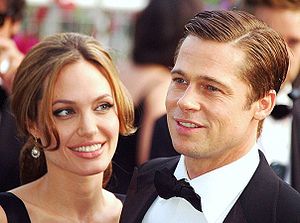 The results show that Johnny Depp fills Errol Flynn’s shoes, and Angelina Jolie and Brad Pitt capture some of the glamour of power couple Elizabeth Taylor and Richard Burton. But, when it comes to sex symbols, no one is quite like Marilyn Monroe.

TCM’s survey â€“ conducted during the week of Oct. 18 â€“ is part of the build-up to the Monday, Nov. 1, premiere of the new, seven-part documentary series Moguls & Movie Stars: A History of Hollywood. The survey included 1,000 adults, with 43 percent who identified themselves as “classic film enjoyers.”

The findings include the following:

41 percent said Johnny Depp’s performance in the Pirates of the Caribbean trilogy is today’s best example of the swashbuckling tradition that was the trademark of stars like Errol Flynn.

Denzel Washington is one of today’s top box-office draws. An overwhelming 71 percent also chose Washington as the contemporary figure who carries on Sidney Poitier’s tradition as a pioneering black actor.

Angelina Jolie and Brad Pitt were chosen by 36 percent as the most iconic Hollywood couple in the tradition of Elizabeth Taylor and Richard Burton.

When it came to choosing a contemporary counterpart to Marilyn Monroe, 33 percent chose none of the available options.

Steven Spielberg was the choice of 61 percent of respondents in terms of directors with the level of influence exercised by Alfred Hitchcock.

“None of the above” was the #1 or #2 choice on six of the 10 survey questions, indicating that many fans see legendary stars and filmmakers as without compare.

About Moguls & Movie Stars: A History of Hollywood
TCM will tell the comprehensive story of the men and women who built the American film industry in this groundbreaking, seven-part documentary series premiering Monday, November 1st, at 8 p.m. (ET).