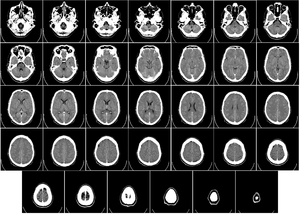 More than half the psychiatric schizophrenia patients in Europe, the Middle East and Africa (the EMEA region) fail to take their medication properly. This is the finding of a new survey which was only made public yesterday.

Psychiatrists at the at the International Early Psychosis Association (IEPA) Congress in Amsterdam believe that 53 percent of patients with schizophrenia either take no medication at all, or else they fail to follow their doctor’s instructions.

Schizophrenia is a devastating mental illness for both the patient and for their family and friends. It seriously impairs the sufferer’s ability to think clearly, to relate to others and to function properly in society.

While there is no cure for schizophrenia, many people with the illness respond well to antipsychotic drugs.

Patients who are fail to follow their medication directions are almost five times more likely to relapse than those patients who are take the meds on time and only in the prescribed dosage.

Frequent relapses and hospitalisation can increase a person’s isolation and make it even more difficult for them to find and keep a job. It can also lead to an increased tendency for violent acts such as suicide and homicide, particularly when substance abuse is also an issue.

The ADHES research was taken from a large survey of over 4,500 psychiatrists in 36 countries in the EMEA region.

Full info at can be read online here: www.brainshark.com/JanssenADHES/SurveyResults Migraines May Hurt Your Head But Not Your Brain

Small Overdoses of Tylenol Can Be Deadly
Subscribe to our newsletter