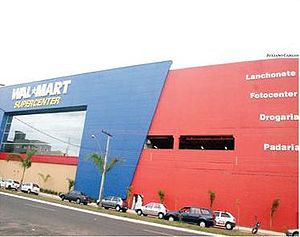 The changeover will take place on November 30th, but the outgoing CFO, Mr Schoewe, will stay and help with the transition to the end of January next year.

Before Wal-Mart, he worked for TandyÂ CorporationÂ which is now Radio Shack. He was a director of finance for their international operationsÂ and managing director for its European Memorex Division.

Mr Schoewe was hired by Wal-mart in 2000. He has been part of their strategic team for the last ten years over-seeing international expansion and tremendous growth in its financial functions.

He strengthened Wal-Martâ€™s balance sheet and financial controls, which established the financial priorities of leverage and returns and growth in the business.

Before joining Wal-Mart, he spent fourteen years as the chief financial officer at Black and Decker.

Both Mr Schoewe and Mr Holley are leaders recognized within the retail and financial industries and both are active in their communities. A new placement for Mr Holley will be announced at a later date. My Story: Pain Patients Need to Unite for DEA Reform
Subscribe to our newsletter