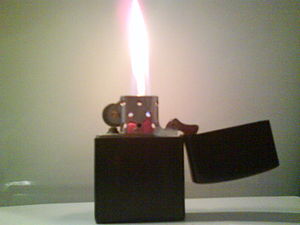 Zippo the lighter is one of the stars of Lionsgate’s new movie Buried due for releaseÂ in a few select US cinemas on September 24 ahead of its general release on October 8.

At its special screening tonight, commemorative Zippos branded with the Buried themeÂ were being given out at the invitation-only after party at the Soho Grand Hotel. They are expected to be valued by collectors.

The lighter in the movie Â is a windproof Zippo with a Street Chrome finish and has a lifetime guarantee.

Ryan Reynolds stars in the movie. He wakes up buried alive with only his Zippo lighter and a cell phone.

Together he has to put together what happened, who buried him and how to get out alive. There will be hardly any cell reception, no oxygen, poor lighting, very tight space to move in and ninety minutes is all he is given.

Zippo has starred in over 1,200 productions. From classics such as Casablanca to modern new releases like Gran Torino and Die Hard. Two Proteins Linked to Rheumatoid Arthritis
Subscribe to our newsletter