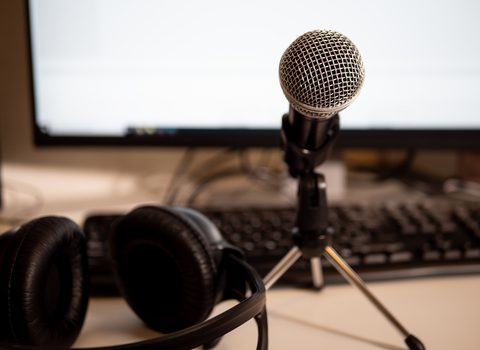 (Editor’s Note—We received this email from Jason this week and thought it was important to share so that his fellow chronic pain warriors can support him and we can help give his voice—as we like to do for those who do this type of thing—more exposure.)

I am a 29-year old Canadian man living with fibromyalgia. I am producing a podcast, Discomfort Zone, which sheds light on what it’s like to live with chronic pain and associated depression. The first episode will be released on October 10th, which is World Mental Health Day. 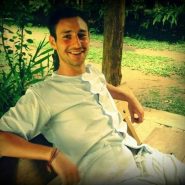 I have posted a 3-minute trailer to give you an idea of what I plan to try to do. If you would like to hear my first episode, let me know and I can share it with you.

When I graduated from Queen’s University’s Engineering program in 2012, I was eager to start the next phase of my life. I began working at a small energy consulting firm while living in Toronto. In my spare time, I did what normal 22-year-olds do: played intramural sports, went hiking, and hit the bars with friends. On the surface, everything appeared to be okay, but I was growing worried.

I had sustained a severe muscle strain in my torso while playing basketball in 2011. When the acute pain faded, I continued to feel a dull ache at the injury site. A year later, it was still present and had begun to spread. Sitting became especially painful. I struggled to focus at work; I felt anxious, depressed, and tired. I took a leave of absence from work in 2014 when my symptoms worsened.

Things continued to go downhill. At my lowest point in 2017, I was in constant debilitating pain, spent 22 hours a day in bed, and required around-the-clock care by my parents. I was suffering from severe depression and often felt like giving up.

Thanks to the unrelenting support from my family, friends, and medical team at Toronto Rehabilitation Centre, I didn’t. I’m happy to announce that my health has improved significantly since then. I’m still unable to return to engineering work and depend heavily on my parents for help with basic tasks, but I’ve come a long way. With my health getting better, I’m hoping I can make this podcast valuable for you and others. 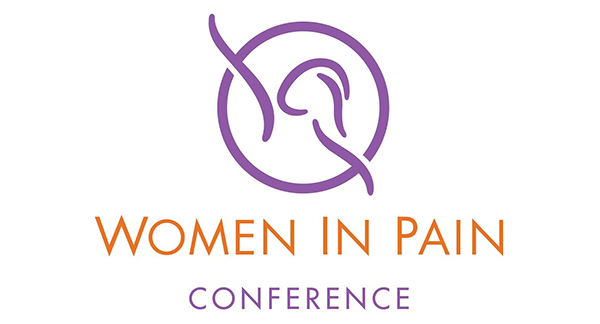 Women in Pain Conference to Take a Vacation - Literally

How to get rich off the Fake Opioid Crisis

How Christie’s influence on opioid panel landed him an $800K consulting contract
https://www.politico.com/states/new-jersey/story/2019/09/26/how-christies-influence-on-opioid-panel-landed-him-an-800k-consulting-contract-1209421

80% of women have FMS 20% men. Most blamed on Hormone Shifts. That first shift occurs at Puberty, NOT Perimenopause or Menopause. It may be less noticeable at Puberty as it is not fully developed. But each pregnancy brings another hormone shift. You go from the clumsy, knee skinning, ankle twisting child, to a adult who has full blown muscle pain, as you age and go through the next 2 Adult phases of hormone shifts FMS becomes so painful it can not be managed except with a Prescription Pain Medication. It effects not just your muscles, it makes Dental work extremely painful. Even getting your teeth cleaned is PAINFUL. We are NOT Depressed, we are in PAIN which the least little activity brings more PAIN.

Note I did not call Pain Meds Opioids. That is what the Propaganda machine of the CDC, DEA, and government want to name both and confuse the public with, Illicit and Legal drugs are 2 separate issues. Stop treating me like a criminal, start treating the Illicit drug users to Forced Tapers. Or they will never stop using Illicit drugs. 1 gets you hooked and High, the other takes your pain away. At 71 We always called Pain Meds just that, as street drugs were Illegal, Illicit and apt to cause OD’s and Kill and those who couldn’t cope with life turned to. All the Billions of $$ handed out by government to treat Addiction, NOT 1 Dime has gone to develop a Pain Medication for Intractable Pain. Not heard that word Look it up, it goes beyond Chronic Pain. It’s 365 days over decades. Nor has it gone to treating those who were FORCED TAPERED OFF STABLE PAIN MEDS.

Good luck on the Podcast. Sorry you went thru all this and still are from some of the comments I just read. Again people are judging others because of a so called stereotype or what they tell us is possible. Fibromyalgia is not an age or female only disorder. It affects anyone at any age, male/female. There are very few disorders that are strictly gender only ones and those they are no longer seeing that way because males are usually the ones that have it and females are the carrier. The carrier can show up with some symptoms depending on the severity of the disorder.
Also he had an injury that led into this disorder. But this is why people do not want to say anything because someone will judge them no matter what.
Sorry that this is happening to you even on here where you should have been safe from this type of judgmental behavior. Hope you continue to improve and get some of a life back.
From one warrior to another keep fighting.

I know firsthand how debilitating & depressing Fibromyalgia can be. I was diagnosed in 1980 by one of the few rheumatologists who believed it was more than just a mental condition. I had been leading a support group on chronic pain for patients with a variety of disorders like Lupus, Arthritis, Chronic Migraines, MS, & many others. I scheduled guest speakers every month to talk on various topics of interest to our group. We were a large group in a fairly smal community. We had 96 members. I tried my best to best to keep the discussions positive, but there was always someone who just wanted to complain. I get it, it’s frustrating & we don’t want to burden our families with a lot of negative thoughts, but it was taking away from the intent of my group, which was to share what works & learn more. So, as a trained counselor, I set aside time twice a month, after our regular meetings, to let people vent. This time was appreciated by those who did not have support. Anyway, during the course of our meetings, I learned about acupuncture. I decided to try it while I still had good medical insurance to cover it. Initially I hoped for help with migraines, but that didn’t happen. But Low and Behord after abou 6 months my Fibromyalgia began to improve. A few months later, my Fibro went into remission (& knock on wood) has not raised its ugly head, except for two occasions when my migraines lasted a whole week, and I had generalized pain, mental fog & depression. During our guest speakers talks, I learned that Fibro DOES occur with males, but just not as frequently as with females. I applaud your efforts to make a podcast & will definitely sign up to listen. The more we get the word out about our chronic pain & inform the populace, esp. those in position to make a change, the better it will be for all cpp’s. Thank you, & I continue to pray the world listens.

Thank you everyone for your encouraging words, it means so much to me!

Very interesting article to all chronic pain persons. Salon.com DEA cannot explain the four hundred percent increase of opiate manufacturing between 2013 and 2017. During the time that the so-called opiate crisis was going on. Also doctors that had surrendered their license or been revoked could easily apply for them again the very next day and which the DEA supposed to be venting and investigating the reasons why they were revoked to Ensure that the Physicians/ pharmacist we’re not addicts or illegally selling drugs but it went by the waste side. So it’s basically saying the DEA falsely created the opiate crisis by having 400% opiate manufacturer increased. So what about the opiate manufacturers that are now being sued that are conveniently filing bankruptcy so they do not have to pay out all these states that are suing them. While we suffer! People are dying from suicides cuz can’t take the pain . What the [edit] is going on? Or is this another fake news.

Fibromyalgia has been a “dustbin diagnosis” for decades. Physicians diagnose it when they run out of explanations for chronic fatigue and widespread pain.

A friend in Texas got this same diagnosis from an MD who failed to perform a blood test for Lyme disease. She got retested and actually had Lyme disease, and has it better managed by an occasional course of antibiotics, now that they know what she has.

Is it possible that Fibromyalgia is caused by an undiscovered pathogen? We’d have to discover it first, to say for sure. Meanwhile there’s palliative care to control the symptoms.

Sadly I must confess that my native US is the principal exporter of Opiophobia, which is making palliative care unnecessarily expensive for Canadian citizens. I write about this problem at length, because our own National Institute on Drug Abuse made a major breakthrough in 1985, discovering that red blood cells manufacture morphine from tyrosine, an amino acid that occurs in many foods. There’s been a bizarre cultural divergence here, in which practicing neuroscientists continue advancing their understanding of Endogenous Morphine and the role it plays in normal healthy people, while propagandists shriek at ever-louder volume, that Drugs Are Evil. At some point this psychotic break will heal itself, but Canadian voters ought not believe the word salad that comes spewing out of US media while we’re still nuts down here. Last week Mexico’s navy seized over 20 tonnes of illicitly made Fentanyl off a freighter from China, bound for a warehouse owned by the Sinaloa Cartel, which is 14 times the annual global use of pharmaceutical Fentanyl. Yet to admit in public that crooks are smuggling drugs across the US border and are expecting most of their shipments to be seized, provokes name calling, asserting that the speaker must hate people of Mexican heritage.

The psychotic break will heal, but we’re going to say stupid stuff until it does.

Kudos to Jason! The audio clip sounds awesome. It sounds like his FM has effected his body severely! But I am so proud of hm for finding purpose in life with this podcast, for his ongoing sense of humor and striving so hard to get better! He is very blessed to have strong family support. That in itself can help a lot!
I hope this podcast reaches many doctors to inform them just how bad FM can be.

It’s unusual for a guy to have fibro to in the 1st place and even more so to have it begin at such a young age. I sincerely salute his efforts at finding a way to not only become personally productive again but spread the word to others about his story to help dispell the myths about it only being a “woman’s condition” and that it IS REAL! Best of luck on your success.