Rarely do I talk about my own struggles with pain, but today I appeal to you on a very human and personal level. I sustained a serious C-spine injury in 2010 that changed my life forever. It left me facing living a life filled with pain every day. In addition, I have Myalgic Encephalomyelitis, as well as having to battle other serious health issues over the years. It’s been a long and painful 6 years since I had the medicines that allowed me some quality of life.

As a result of not having access to the medicines that allowed me to mediate my pain, my health has deteriorated significantly as I can no longer engage in the normal daily activities that I was able to accomplish when my pain was managed. I can no longer travel, and some days even normal self-care routines have become impossible. The reality of living in pain is insidious, it wears on the body and mind; and make no mistake, no one is immune to the possibility of facing this scenario as it takes only seconds to receive a tragic diagnosis or be involved in a devastating accident, either of which can change your whole life forever.

Not only has my own life been destroyed, my family’s life has been changed forever too. I am no longer a part of their lives for most milestones or even able to go grocery shopping with my spouse. Birthdays, graduations, social gatherings, all are primarily lived through seeing photos now which my friends and family share online. I’ve tried to push through my pain and illness only to pay for weeks, sometimes months, for trying; that is not living, it’s merely existing. The restrictions on certain prescribed pain medicines that were based on misapplied CDC guidelines has left those of us who were once able to function and engage in life, housebound and isolated.

Tragically, more and more are now taking their own lives or are dying due to pain induced complications. 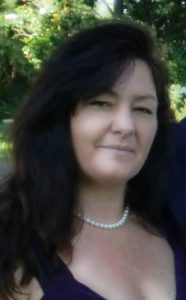 I am now 51 and take NSAIDs every day at maximum doses, which is like trying to put out a wildfire with a squirt gun. NSAIDs do however put my health at serious risk as far as the impact on my kidney function, GI bleeds, and even sudden cardiac arrest. The truth is uncontrolled pain wreaks havoc on EVERY body system. It can lead to immune dysregulation, cardiovascular crisis, endocrine dysfunction, hypertensive issues that can lead to strokes, and more.

While we in the chronic pain community understand the complex challenges facing our nation regarding addiction, we’ve also seen the data which shows that despite prescribing being at a 15+ year low ODs continue to soar. The current approach to the addiction crisis, which is primarily being done by denying the sick and injured needed medicine, is not working to prevent OD deaths. The voices of those in the addiction community, voices of people with boots on the ground, are not being heard in this regard either. They can lead the way as to how to turn the tide and reduce the OD street deaths that are still spiraling out of control if our leaders will only start listening.

In closing- Opiophobia has pervaded this nation and it is a catastrophe in the making; one that will make the ‘opioid crisis’ pale in comparison. If we do not change course immediately, the only thing that remains to be seen is what the final body count will be when we finally wake to the folly of short sighted, knee jerk reactionary politics, policies, and practices.

We in the pain community await a public acknowledgment that our Representatives have heard our pleas and that our elected leaders in California will take swift action to draft and pass state legislation to protect those in pain from being denied needed medicine, protect doctors from unjust persecution when they practice actual ‘patient centered care’, and put a stop to this madness before any more lives are lost.