Seven out of 10 women with chronic pain report having one or more incidents of childhood trauma, according to the results of a survey that found nearly half the women had experienced emotional abuse as children.

The online survey of over 2,400 women in chronic pain was conducted by National Pain Report and For Grace, a non-profit devoted to better care and wellness for women in pain.

“Whether you acknowledge it or not, it (childhood trauma) will be impacting your health, your emotional well-being, and your pain. It does. It just does. And that’s just a fact,” said Beth Darnall, PhD, a pain psychologist and author of Less Pain, Fewer Pills. “If you’re exposed to trauma and you’re a woman, you are more likely to subsequently develop chronic pain.

“Trauma and sexual abuse unequivocally predicts the development of chronic pain later in life. That’s doesn’t mean that people are saying it’s your fault or anything like that. But the science is indisputable.”

Nearly 44% of the women surveyed said they experienced emotional abuse, making it the most common childhood trauma.

Nearly 29% of women said they did not have any childhood trauma.

“I was raped when I was a teen and was working after school because my mother was very ill and had only been given months to live and my grandmother was an invalid and so I worked after school so as to help care for my family. I was raped and didn’t tell anyone for several months,” wrote one woman who has fibromyalgia, migraines, rheumatoid arthritis and other chronic pain conditions.

“Low income. Often no money for basics, especially food. The memories of feeling hungry all the time, and thinking about food longingly, are far worse than memories of the abuse by my mentally ill mother,” said another woman, who suffers from migraine, osteoarthritis, neuropathy and other conditions. “I never told any friends or teachers that I didn’t get enough to eat. It was humiliating.”

“Attacked by a dog, face/mouth torn apart, had to have many, many surgeries as a young child,” wrote a woman who now suffers from fibromyalgia and migraines.

“My mother was very difficult, abusive to us and our father. She was, in retrospect the victim of some abuse herself and very likely had fibromyalgia. She was in constant pain following menopause and the doctors dismissed her pain as all in her head. Sister and I sexually abused by an older cousin and a babysitter’s sons when we were quite tiny,” said a woman who has fibromyalgia, osteoarthritis and back pain.

While childhood trauma was common, only about one in five women (22%) think there is a connection to the chronic pain they have as adults. Over 55% do not think their pain is linked to a physical or emotional childhood trauma.

“I dislike it when doctors attempt to tie chronic illness to childhood trauma, particularly in cases where women are treated like their disease/pain is ‘all in their head’ if they have experienced trauma or abuse,” wrote a woman who said she experienced emotional abuse and bullying as a child.

But many psychologists say there is ample evidence such a connection exists – that childhood trauma can “rewire” the brain and central nervous system.

“I think what we’re starting to appreciate is that when you have traumatic experiences as a young person, it rewires you. And the way in which you interpret physical symptoms is changed forever,” said Steve Passik, PhD, a psychologist and Vice President of Research and Advocacy for Millennium Health.

“We’ve come to learn that it’s not just a psychological thing. That there are neurobiological causes that change the nervous system. Painful stimuli are wired differently in people who have those kinds of histories.”

In the National Pain Report survey, women who reported childhood sexual abuse were more likely to have fibromyalgia than women who were not sexually abused (69% vs. 60%).

That dovetails with previous research showing that about 90% of women with fibromyalgia reported some type of trauma either as children or adults. 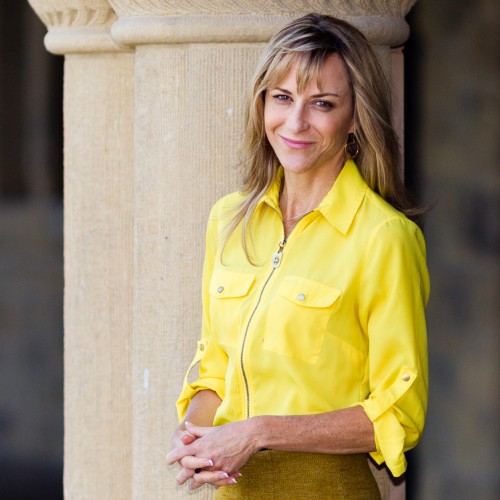 “So let’s move forward. Let’s get over the fact that if a doctor tells me that you were abused you need to have counseling for that. That person may be doing you the best service of your life. And they’re not stigmatizing you just because you’re a woman.”

But many women think they are being stigmatized. And nearly one in five (18%) of those surveyed said a doctor had told them their pain was caused by childhood trauma.

“Since I have PTSD (post-traumatic stress disorder) from a violent spouse (now in prison for murder) they almost always blame the pain on my mental trauma. I don’t think I’d be so depressed if I wasn’t constantly in serious pain and could work and support myself like I did for 40 years,” wrote another woman.

“I will not share my true history with my doctors. The last thing I need is to be marked as a potential addict due to child sexual and physical abuse,” said another survey respondent.

Darnall says it’s a mistake for women in pain to avoid counseling or psychological help.

To see the full results of the “Women in Pain” survey now, click here.