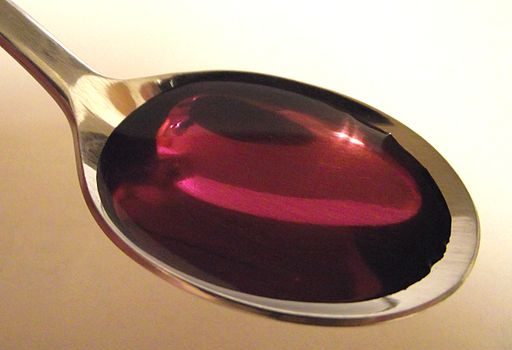 University of Alabama at Birmingham (UAB) researcher Dr. Jarred Younger has improved the lives of thousands of fibromyalgia sufferers through his research on low-dose naltrexone (LDN).

Now, he’s hoping to repeat that success with the first trial using dextromethorphan (DXM), an ingredient commonly found in cough syrup, as a potential treatment for fibromyalgia.

Younger and his team will recruit 15 fibromyalgia patients next month for a 30-week university-funded trial. He expects to announce trial results by September. If DXM shows promise, the findings will be used to apply for a larger, federally-funded study.

DXM is a cough suppressant that reduces the brain’s ability to trigger the cough reflex. But Younger thinks it could also be used to quiet the overactive immune systems of fibromyalgia sufferers.

“[DXM] is really the same idea as LDN. It’s a low-dose, generic drug, easy to get, but a new use for it,” said Younger, director of UAB’s Neuroinflammation Pain and Fatigue Laboratory. “We hope that when people take it, it will have this strong systemic effect on inflammation and help the pain.”

(Note: DXM isn’t the same as guaifenesin, another common cold-medicine ingredient that some fibromyalgia patients use for treatment.)

Younger has been nicknamed “the neuroinflammation man” for his theory on the mechanism behind fibromyalgia.

“The basic story behind all of the research we do is the majority of people with fibromyalgia have a central inflammation syndrome,” Younger explained. “The immune system in their brain is upregulated so the microglia cells are producing chemicals that make you feel sick. These are the same chemicals that make you feel horrible when you have the flu. That [theory] still looks good to me. I haven’t changed it in about 10 years because the data still supports it.

“If that’s true, then the way to help someone with fibromyalgia to reduce their pain and reduce their fatigue and reduce their fibro fog is to keep those pro-inflammatory chemicals from being produced, and how we do that is to try to calm down those cells that produce those chemicals. DXM, like low-dose naltrexone, has the ability to antagonize those cells and prevent them from getting into their activated state where they produce all those chemicals. It’s basically kind of putting the brakes on these immune cells that we think are hyperactive.”

The trial will use an extremely low dose of DXM – much lower than what’s typically given to suppress cough – so the drug should be well tolerated by patients, and side effects are expected to be low.

“The primary question will be does it decrease the daily pain severity, but we will also look at fatigue and cognitive symptoms,” Younger said.

Recruitment will be open to fibromyalgia patients living within two hours of Birmingham, Alabama. Patients will be expected to travel to Younger’s lab periodically to pick up their medication and for blood draws. To be considered for the trial, click here and fill out the research study survey on the homepage. 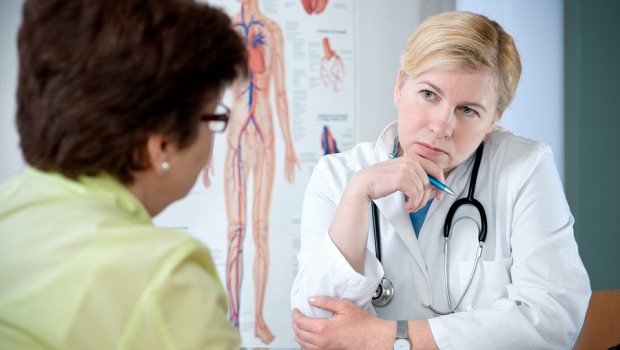 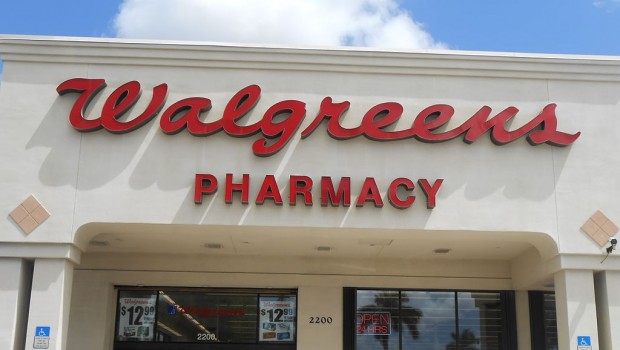 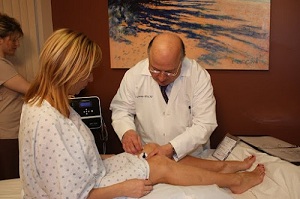 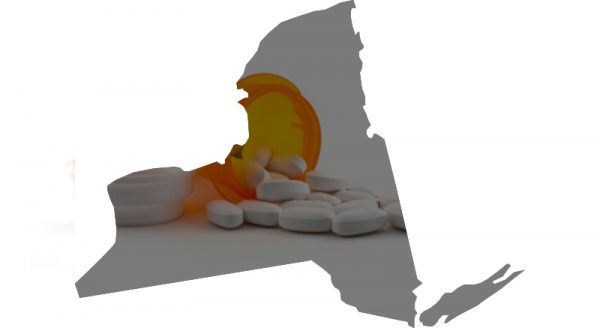 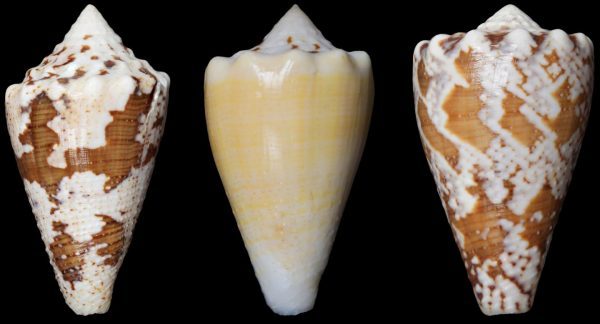 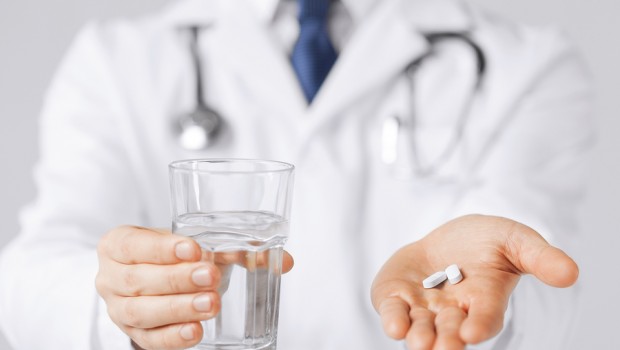 I have been taking neudexta for 10 months now and it has dramatically helped my fibromyalgia symptoms, it was orginally perscribed for my sudden laughing or crying episodes and as a migraine preventive but after a month of being on it , it not only did what it was prescribed for but also reduced my fibromyalgia- fibrofog, pain, contact pain, fatigue, and others by more then half. Some symptoms are better effected then others but over all it has been miraculous in its effect on fibromyalgia. My dose was one capsule once a day for a week then two a day after and has been that dose since. I still need ms contin for spinal injury pain and severe joint and nerve pain but even that dose is compleatly stable at the same dose for 5+ years.

Does anyone know the dosage of DXM being used in the trial? Thanks.

I have multiple auto-immune illnesses, which disrupt my sleep. Occasionally, I take Benadryl for the insomnia. I had noticed I felt better when I took Benadryl, or diphenhydramine hydrochloride. I wondered about the immune quelling effects. However, without further evidence, didn’t mention it to my doctor. I had also read studies linking regular and extended use of anticholinergics to future cognitive decline and dementia, a genetic weakness already in my family. So, anyway, I had just bypassed it as a possible help, without further exploration, and in view of its possible hindrance. Is DXM also anticholinergic? Do these two have similar function or method of how they work? At what dose would you try this, for how long, to test its possible effectiveness?

D. Bears,
My doctor first tried low dose Naltrexone (at this dose you CANNOT take any opiate based medication). Now there is Very Low Dose Naltrexone. Although you can pay to have it compounded, it’s very inexpensive to mix yourself based on your doctor’s recommendation. For me, I cut a 50mg tablet in half and dissolve in 1 liter of Distilled Water. I keep it in the refrigerator and take .3mls daily. After two months, I dispose of what is left and make a new batch. The extra benefit of the Very Low Dose Naltrexone (VLDN) is that if you benefit in the reduction of pain with hydrocodone, or one of the other opiate based meds, you can still use these meds and the VLDN will help stop your body from building up a tolerance to those meds, which is why so many are hesitant to prescribe and/or take those category of medications.

BUT, one of the most important issues is to find the right doctor who is right alongside you doing research to find new and improved ways to help the millions who suffer everyday and feel, like I have many times, that their lives will never get any better. Please never give up, it’s articles like this and, more importantly, the people who comment and share their experiences that help me keep going one day to the next.

I was diagnosed with Fibromyagia about 15-years ago. This diagnosis came after many years of unexplained pain and various symptoms, which were treated by a variety of professionals in the medical field. I was also diagnosed with asthma, disk disease in my neck and lower back, spinal stenosis, neuroma - followed by surgery. I was prescribed many pain medications; the last one was Hydrocodone; referred to physical therapists, chiropractors, counselors, acupuncturist. About 3-years ago I decided to stop taking Hydrocodone; concerned that the dosage had to be increased over the years and the ramifications of what the medication may be doing to my body. On a good day the pain level is about a 7. I have pushed myself daily to get up, dressed, accomplish at least one thing, and say or do something that helps another. However, there have been a few days that were pajama and heating pad days. I am so grateful that there is more research and articles being written about this horrendous debilitating disease and appreciate Donna Gregory Burch for her contribution. I am constantly pursuing the latest information on chronic fatigue/pain and look forward to the results of the DMX study. Wishing all joy-filled days, pain relief, and an abundance of blessings.

That is something I would try also. There is a lot of inflammation in me with having several “syndromes” and I would imagine that’s true of most of us. I wonder what dose the trial is using? Interesting…

I was a guia trial person and it did not help me.

Going to get some today!!! Thank you for the very informative and well-written article!

HJ,
Go to Quick Care on Lorna Road in Hoover, AL for LDN. No more biologics for my husband in eight months! Double Oak Mountain Pharmacy will compound. Cost is $50. for 90 day supply of 4.5mg.
This will become main stream. Lodonal is the brand name and is being sold over the counter in other countries. However Lodonal is manufactured in Tampa, Florida.

I had read somewhere about Dextromorphan’s pain-relieving properties. I had noticed I felt better when taking Dextromorphan for a cold — that I had less pain.

I have an event once a year that is very physically demanding. I carry cold medicine with dextromorphan with me to the event. I never take more than the prescribed dose and I only take it for this annual event.

I would like to see research on this, and if it’s a viable, safe long-term treatment, I’d take it without hesitation if prescribed. Low Dose Naltrexone never became mainstream, though, and I did want to try that. I asked my doctor years ago, but as he works for a large hospital system, I could see that he was worried he’d had to justify the treatment deviation and he wasn’t willing to. I was very disappointed, but I understood.

Still, after having experienced side effects from Cymbalta and Lyrica and Neurontin, I was resentful that the “conventional” treatments were so… intolerable.