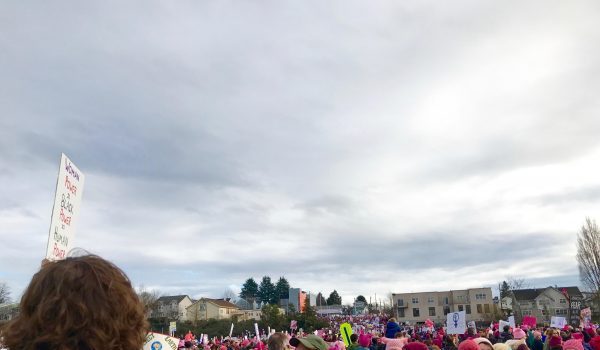 Another round of Don’t Punish Pain Rallies is scheduled for late January 2019. State organizers are working with the national organizer Rhode Island’s Claudia Merandi to generate a larger patient response than what happened in September which attracted rallies in most states.

Merandi has paid to have a 15” television commercial promoting the rallies produced—and fund raising has begun in order to run the commercial in different markets to promote attendance in January. The commercial addresses pain patient suffering and providers’ struggles to treat patients and encourages viewers to contact their senators.

Air time is expensive (the bigger the city the more expensive) but Merandi says that all other options have been exhausted and she believes now the most effective way for the population to hear the chronic pain community.  is with this television commercial.

A Go Fund Me site has been started—and those who can are invited to donate.

“We have state organizers. Each organizer is in charge of pulling a permit for their protest, attracting media attention and to generally promote the event,” Merandi said. “Air time is expensive but we’ve exhausted all other options and now the most effective way for the population to hear our cries is with this television commercial.”

Each state, will receive an amount of money from the GoFundMe to start their fundraising efforts. The state organizer will have the GoFundMe link will be on their state Facebook page.

As Merandi said in a recent Facebook post: “But it’s not only a sick person’s problem, this is an “every person’s” problem. When your loved one comes out of surgery, they will be left to suffer because the anesthesiologist, along with the post-op surgical team, are fearful to prescribe due to the DEA’s constant harassment.”

Here’s a link to the commercial. 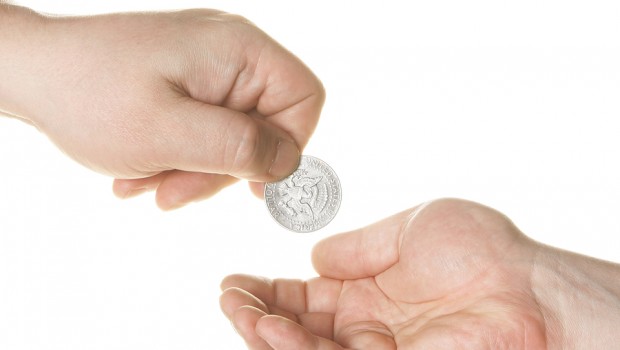 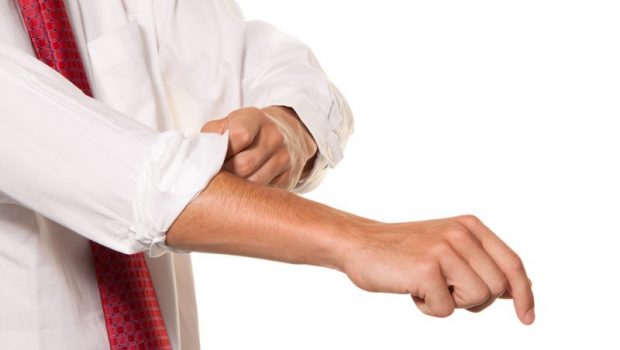 Resilience to Chronic Pain - Some Tips 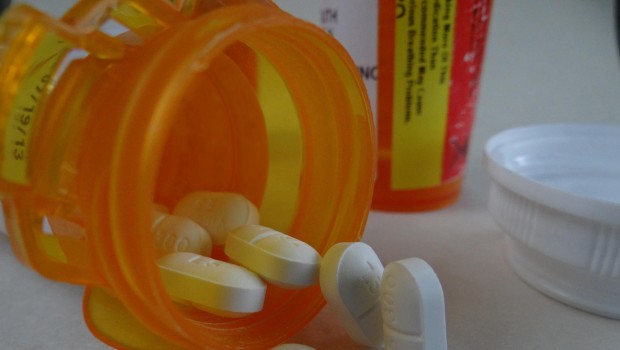 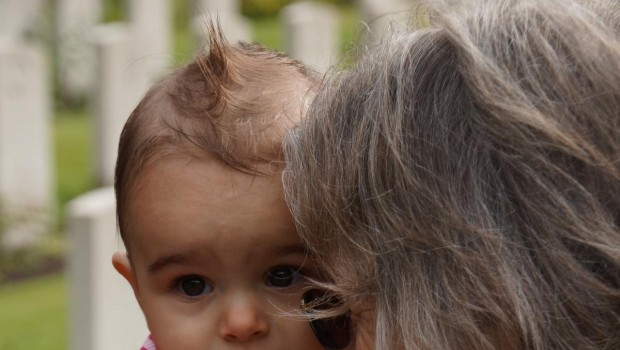 We are rallying here in Atlanta at the state capitol:-)

I am a cpp and i pray it helps.

@JohnSandherr what state are you in where blizzarding snow and driving winds don’t effect your pain. Yes, I know pain. Come rally in Michigan braveheart.

Hey would love too give too the Go Fund but do not do Facebook or pay anything on line is there another safe way too donate I am in the state of Ohio ? And Thank You for all your caring and help it’s time for the pain and disabled paitients too be treated like Americans again

People looking for doctors to treat chronic pain who have lost long time primary care physicians. It is very important to be reviewing what doctors are writing in YOUR RECORDS, ESPECIALLY IF THEY TURNED YOU AWAY. I am filing an amendment for one who had 4 things completely incorrect. May also file a board complaint. Ask for a record release form and have records sent to yourself, KNOW what other doctors will see if information in incorrect.

I’ve been proud to be a part of Don’t Punish Pain Rally from the beginning. Some see it as futile, but the last rally got media coverage in multiple states & all but one media got our story right (finally!). If you’re unable to attend a rally due to weather then please consider donating to your state Go FundMe for getting the short but powerful commercial out. Or pick up the phone & call your state legislators, or send them an email… In other words, there are a lot of things you can do from home! Many of us have interesting/tragic stories - find a reporter & let them know! Just step out. Thousands are working from multiple angles to get the word out - find your angle and let your voice be heard! That’s the only way change will come. Outcries from all over the country got horrific state laws on opioids halted in Oregon - it is working! Keep on keeping on! We will win if we don’t quit. We will win much more quickly if we present a united front! No more attacking pain organizations - just do your business and let’s finish together!

Thank you for helping give a voice to the millions of us who are rapidly losing hope. This makes me feel I am not alone.
This will save lives. I hope it is not too late for the many Who have aleady given up.
Hold on Everyone, help may be on the way.

I just don’t get why no one is asking why these rallies are not getting any attention or media response. There does not appear to by any pain or other patient group, looking at how social media has soloed these groups. The media has been out in front of this for a long time, demonizing pain patients and even “Addicted” Infants. If we can take any lesson from the current political situation, we should be looking at how misinformation about this so called epidemic has been spread.

All patients have been the victim of a media misinformation campaign, very likely spread by the industries profiteering from it. These media manipulators have clear messages, and have been repeating the same misinformation for years. They demonized people with pain, even under the guise of helping them. They even misreported news, because they were told any kind of mention of pain patients could lead to the evils of addiction. Marketing to sick people, or those in pain and desperate is a multi billion dollar industry. At the same time spreading misinformation about addiction, is profitable too.

Not one of these sites explains how Advertorials are used to manipulate patients and generate billions in profit. The FTC has been unable to even identify the problem with this kind of deceptive marketing. These Advertorials don’t have to list the counter indications or side effects, like other forms of advertising. Advertorials are sued by other industries too, the addiction treatment industry, pharmaceuticals, alternative medicine, and others. They are having a seriously negative effect on our health, as the current US death rates grow.

THANK YOU FOR ALL THE INFORMATION & HARD WORK YOU ARE DOING TO HELP MAKE A DIFFERENCE FOR THOSE OF US WHO ARE SUFFERING.
MAYBE OUR VOICES WILL BE HEARD.
I AM SADDENED TO HEAR OF SO MANY WHO ARE CONSIDERING SUICIDE. THAT IS ANOTHER STATISTIC THIS COUNTRY DOES NOT NEED.
YOUR SIGHT HAS GIVEN ME HOPE, AND I DON’T FEEL AS ALONE ANYMORE. I THOUGHT I WAS FIGHTING A LOSING BATTLE UNTIL I FOUND THIS SITE.
AGAIN, THANK YOU!

I have to ask the question of has a “Non Profit” been set up for this organization and why the GoFundMe is not in the name of the person who owns / runs it ???

The response at the original rallies may have been low because it’s difficult for many pain patients to attend any gathering without at least two weeks’ advance notice. For those who must use a wheelchair or who can’t get out of bed, make that IMPOSSIBLE!
We need a way for the house-bound to be represented at rallies, or else have volunteers to provide transportation.
And the northern tier states make winter gatherings difficult for the disabled. Trying to roll a wheelchair through slush and snow is nearly impossible! But we’ll do our best to be there, in spirit if not in flesh.

I agree with Maureen. We must somehow get the media involved. I am thinking about writing to Chris Hayes. He has a cable show called All In with Chris Hayes on MSMBC. He seems to be very emotionally impacted when he reports stories about all the suffering by many different groups of people in this country. Can someone tell me approximately how many chronic pain patients there are in this country and maybe tell me of some informative websites I could suggest he and his staff read?

Complaints about weather - I guess the PAIN really isn’t all that bad then. We are in the fight of our life and it will not be easy. Weather shouldn’t be a reason to NOT attend. My pain is worse in cold weather to but it won’t keep me from a Rally if there is an event in my area.

The majority of the Rallies will be inside due to the cold weather conditions.

Ohio ;in the middle of winter - I agree with the Michigan resident - ARE YOU CRAZY??? Sorry but don’t look for me to show up.

@ Jacqueline Alexander. On Facebook goto:
“name of your state” Don’t Punish Pain Rally. It should come up when you search.

I’m sorry? Pain rally…Michigan…middle of winter? I don’t think so! Are you nuts!?!

Thank you Ed!! This is awesome and hopeful!! Thank you Claudia (and all) involved for your persistence and hard work to continue getting our sufferings known and out there!
We have needed your leadership for a very long time and I’m so very proud of you and others for stepping up to the plate and continuing to manage this.
I have said for a long time that we need the more media involved to show our side of the story…here we go!!! Tis’ the beginning! I feel very positive about this.
I will surely donate and be involved as best I can. Best of all!! Maureen M.

Is there a link to each state so we can get in touch to volunteer?

I met our IN coordinator in my oral surgeon’s office. I didn’t realize a new devoted fan of mine, Chronic Pain Warrior, had been promoting the fight on FB which I’d given up reading. I was a fan of hers as well. We’re now in the fight together in IN & encourage others in IN to watch for her posts to prepare for future rallies here.

Your go fund me/facebook link does NOT work!