An FDA decision to block a generic version of OxyContin from coming on the market is a “clear mandate” that other opioid painkillers will have to be made tamper resistant, according to the head of the German pharmaceutical company that developed the technology that makes it harder for pills to be crushed and abused.

“My personal view is this is a precedent on how the FDA will move on other (drug) molecules,” Harald Stock, CEO of Grunenthal Group, told the National Pain Report.

Grunenthal has licensed its abuse-deterrent technology to Purdue Pharma, which began using it in OxyContin in 2010.

On Tuesday, the Food and Drug Administration approved new labeling for OxyContin stating that the reformulated version of the painkiller is harder to crush or dissolve and reduces chances of abuse. It’s the first time the FDA has recognized the effectiveness of a tamper-resistant product.

“The FDA has determined that reformulated OxyContin can be expected to make abuse by injection difficult and (is) expected to reduce abuse by snorting compared to original OxyContin,” said Douglas Throckmorton, MD, deputy director for the FDA’s Center for Drug Evaluation and Research.

The FDA decision effectively ends any chance that cheaper, generic versions of OxyContin will come on the market until 2025, when Purdue’s patent on the reformulated version ends. Analysts say generic OxyContin, which is the brand name for oxycodone, would cost about 30% less and be more affordable to pain patients. 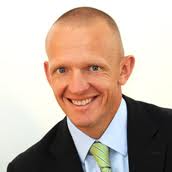 Stock believes that once his company’s abuse-deterrent technology is more widely adopted and more opioids are made tamper resistant, doctors will feel more comfortable prescribing the drugs and pharmacies more willing to dispense them.

“I think it’s a landmark decision for pain patients because it lifts restricted access to innovative pain medications,” Stock said. “With a clear mandate to do whatever is technically possible to avoid abuse, this allows those who are really in need of pain medication to get access to them. And maybe the hesitancy of the prescribers is less high.”

Grunenthal uses a polymer to make pills harder for drug abusers to crush and snort. If they try to dissolve the pills for injecting, they turn into a useless gel.

In addition to Purdue’s OxyContin, Grunenthal’s tamper resistant technology is also licensed to Endo Pharmaceuticals, which uses it in Opana, another powerful painkiller. Grunenthal receives a royalty from the drug makers for each pill sold.

Some pain patients believe the tamper resistant drugs are not as effective or make them sick.

“From my experience with (OxyContin), it does not work nearly as well for pain as it once did. I can honestly say it does not last 12 hours,” says Donna Ratliff, a pain patient and patient activist in Florida.

“I have heard many patients say that it upsets their stomachs because of the weird gummy substance that is contained in it.”

Another patient said it took her a couple of months before she realized the OxyContin she was taking was different.

“During those months, I became increasingly sick with terrible GI (gastrointestinal) upset, headaches, anxiety, increased pain, sleeplessness, irritability, vomiting etc. After my doctor called my pharmacist, we figured out that it was the new formula that was making me sick,” said Nancy, a pain patient in Massachusetts. “Since going off of the new formula, my symptoms have improved, but my pain has never been as well controlled as it was on the original OxyContin formula.”

“I continue to be amazed at how all these changes are made to improve the health & well-being of the people who shouldn’t be taking these medications to begin with.  The people who actually benefit from them, and use them properly, can have their lives ruined by these ‘formula changes.’”

Grunenthal’s Stock told National Pain Report the company had only seen “anecdotal evidence on your website” of people getting sick. He said adverse reactions to painkillers, such as nausea and an upset stomach, were common for opioids.