A bipartisan group of lawmakers is urging the Food and Drug Administration to stop generic versions of powerful painkillers from coming on the market unless they are made with tamper resistant formulas to discourage drug abuse.

“We already know what will happen if the FDA allows crushable generic pills to come back on the market,” said Rep. Hal Rogers (R-Kentucky). “The wave of senseless addiction that we can already see coming from a mile away if cheap, crushable pills are reintroduced into the market is completely, 100 percent preventable.”

Rogers and Rep. Bill Keating (D-Massachusetts) are reintroducing the Stop the Tampering of Prescription Pills (STOPP) Act, which would prevent the FDA from approving copies of older, crushable forms of opioid painkillers. 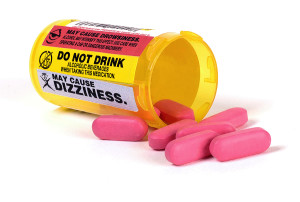 Several widely prescribed painkillers, including Purdue Pharma’s OxyContin and Endo Pharmaceutical’s Opana, have been reformulated in recent years to make the drugs harder for addicts to crush and snort. However, patents on some of the medications are expiring, allowing generic drug makers to produce generic versions that are not tamper resistant.

In January, the FDA allowed Impax Laboratories (NASDAQ: IPXL) to begin selling a generic version of Opana (oxymorphone) that is not tamper-resistant.  In April, generic versions of OxyContin (oxycodone) are also expected to reach the market.

“With the FDA’s recent approval of the first opoid-based generic drug to re-enter the American market without abuse-deterrent technology, we need the STOPP Act now to stem this dangerous tide,” said Rep. Keating. “The STOPP Act isn’t a silver bullet but it will save lives.  What this legislation is proposing, the FDA should be doing on its own.”

The FDA denied petitions from Endo and Purdue to withhold approval of the knockoff painkillers unless they are tamper-resistant. Instead the agency issued draft guidelines to encourage the companies to conduct further studies of their abuse deterrent formulas.

“Anecdotal evidence from law enforcement is indicating that abuse of the non-abuse deterrent product is already severe,” said Michael Barnes, executive director of the Center for Lawful Access and Abuse Deterrence (CLADD).

“If Congress does nothing, the old abuse friendly variety of oxycodone can be expected to reach our communities as early as April 16th. That’s one month away and that’s why we need the STOPP Act now.”

CLADD gets some of its funding from Purdue and Endo, who critics say are mainly interested in preserving their market share by blocking cheaper generics from coming to market.

“Purdue does speak the truth even if its motives are questionable,” said Rep. Rogers. “FDA does have the authority to prevent crushable OxyContin from reappearing.”

Earlier  this week the National Association of Attorneys General sent a letter to the FDA asking the agency to require generic drug makers to make tamper-resistant versions of opioid painkillers.

The letter, signed by attorney generals from 48 states and territories, says there is “great concern” among law enforcement and public health officials the new generic painkillers will be abused.

Warning: Missing argument 1 for socialConnect_npLink(), called in /home/anrnews/public_html/nationalpainreport.com/wp-content/plugins/social-connect-widget/inc/output.php on line 55 and defined in /home/anrnews/public_html/nationalpainreport.com/wp-content/plugins/social-connect-widget/inc/functions.php on line 150

Warning: Missing argument 2 for socialConnect_npLink(), called in /home/anrnews/public_html/nationalpainreport.com/wp-content/plugins/social-connect-widget/inc/output.php on line 55 and defined in /home/anrnews/public_html/nationalpainreport.com/wp-content/plugins/social-connect-widget/inc/functions.php on line 150