My story with chronic pain began in 2010. I sustained two herniated discs in my neck in a tree cutting accident. My injury resulted in severe pain in my neck, with reduced range of motion, weakness and pain in my left arm and hand.

I spent over 3 months sitting upright in a chair because any movement or change in the position of my head or body resulted in excruciating and prolonged agony. At one point I even told the doctor that if things did not improve I would not be able to cope and that they would have to put me into a coma or something until I got better.

Fortunately, that was not necessary and after 18-20 weeks the pain went from unbearable to severe. I declined spinal surgery or epidurals based on my research of the procedures and possible complications from them, which include infections, increased pain, loss of the ability to talk, additional nerve injury, and more. 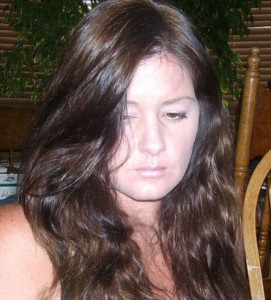 I was able to cope effectively with the pain through the use of opiate drugs and muscle relaxants. I had enough relief to do some of the things I was doing before the accident and I could even lie down again! But, in reality, that injury changed my life forever. We have a small farm and I would never again be able to do anything without the fear of exacerbating the injury again, which has happened several times in the last few years.

In late 2012 I was told by my doctor that I would be required to submit to a random drug screen and sign what was referred to as a “pain contract.” I was told that if I declined, I would no longer receive my medication.

I asked if I was being accused of something (because that is what it felt like) and was told that “there is a drug epidemic in our country” and that I needed to verify that I was using the drugs she prescribed. This contract also stipulated random pill counts and various other restrictions on pharmacies, etc.

I submitted to the drug test and signed the contract under threat of not receiving further treatment if I refused.

In my opinion, these policies and practices amount to coercion and to search and seizure without probable cause or due process. It is to me a very clear violation of patient rights, criminal law, and a violation of the Fourth Amendment.

When I was asked to submit to a second drug screen the following year, I refused and told my doctor that I felt it violated my rights. She said she was sorry I felt that way. I asked her what the results of the first drug test were, and she said it showed I was not using any illicit drugs and that I had levels of the drug she prescribed me.

When I reminded her that I had told her that prior to the test, she just shrugged and told me that people lie. She then referred me to a pain clinic and suggested that I find another primary doctor.

Needless to say, I am no longer receiving treatment for my pain.

I contacted the ACLU and they refused to help. They told me that drug testing is a federal recommendation to combat the drug epidemic in our country and that these practices are now the national standard of care for treating pain patients. Also, as there is no law requiring drug tests in my home state of California, the ACLU will not represent any individual in this matter.

(Editor’s note: the ACLU has filed a class action lawsuit against the Medical Licensing Board of Indiana for requiring physicians to have pain patients submit to mandatory drug testing.)

One ACLU representative suggested I contact a private lawyer, but everyone thus far has refused to take the case.

It is a travesty that patients with chronic pain are being treated like criminals, with the threat of being denied medical care if they refuse to give up their rights. Being forced to take drug tests and submit to random searches of medications only serves to marginalize patients seeking relief from painful illnesses and injuries.

In some instances they even cause patients to stop seeking treatment altogether for fear of the stigma that has been placed on those who use controlled medication. Patients may then turn to self medicating with illegal drugs or alcohol.

Therefore, the current practice of drug testing and pain contracts could actually be viewed as counterproductive at reducing drug abuse in our country and could instead actually increase the incidence of overdose and improper use of medication.

Most people taking controlled pain medication will seldom speak out about their experiences of shaming, discrimination, or being treated with a lack of compassion and dignity. Mostly they fear being targeted and labeled further by those in the medical field and, in some instances, even by close friends or family members.

I have decided not be silent and I am willing to stand up for those who feel that they can’t because I know how hard it is to fight a war when every day is already a struggle.

For those who are unaware, pain is all-consuming and it affects a person’s ability to interface with the world around them. It puts limits on the activities they can or can’t participate in and sometimes even leads to depression and feelings of hopelessness.

There is a saying: “Chronic pain is just that, CHRONIC. It never goes away, it never lets, up and it changes everything.”

It is my hope that by bringing attention to the real face of pain that there might be a shift in perspective in how those who rely on opiates for pain control are viewed. At the very least, maybe those suffering with chronic pain will be able to be treated with the dignity and respect that all patients deserve.