About a decade into my battle with lupus and polymyositis, a rare neuromuscular disease that destroyed nearly 50% of the muscles in my legs, I found myself running out of options. By that point, I had essentially made my peace with the fact that nothing could return my legs to their original state, no matter how many renowned specialists I visited.

Yet the loss of function and the state of daily pain were two separate issues. If nothing else, I desperately wanted at least to minimize the latter.

Unfortunately I had tried a myriad of possible solutions, from various Western prescription painkillers to alternate therapies, and nothing much was helping. Sure, some days were better than others, but there was essentially never a single day that I wasn’t in some degree of pain. I did my best to maintain full-time employment, but there were a number of days where I simply hurt too much to think about going. Even on my supposed “good” days, making it through eight hours was something of a victory every time. I would leave work so exhausted from the effort of simply trying to be “normal” that I would almost collapse the minute I arrived home. My doctor had once remarked that he couldn’t believe I wasn’t using a wheelchair, and I really had no answer for him.

Clearly something had to be done. But what?

Around that time, the wife of one of my co-workers was having some major problems with one of her feet. She’d undergone surgery to correct the issue, only for it not to take. As she awaited another surgery, my co-worker told me, she was seeing a pain specialist.

Pain specialist? Up until that moment, I’d never heard of such a thing.

Weren’t all doctors supposed to be pain specialists? Nonetheless, I was intrigued. Perhaps this was someone who might really help me. At any rate, I certainly had nothing to lose, right?

So I made an appointment. A few days prior, I had received a packet of paperwork in the mail, the contents of which rather surprised me. Along with the usual basic background, the doctor’s office heavily stressed the fact that they would not be fooled by anyone simply drug-seeking. I then had to read through several pages of “rules” for being their patient and sign my name. While of course I could understand their perspective, I was also more than a bit defensive. There I was, seeking help in managing a legitimate illness beyond my control, and I felt as though I had to prove I wasn’t a criminal. Although fraudulent use of controlled substances is indeed something that occurs, it’s far more likely the person requesting them is in genuine need. In fact, given the stigma that many face in using prescription-strength painkillers these days, it’s also a safe bet that it took the patient some courage to admit he or she needed them and to finally come forward.

When the day of the appointment arrived, I was pleased to be ushered into a patient room almost immediately. I was less pleased to find myself waiting there for the doctor – in a chilly little enclosure upon a hard chair – for well over an hour. While having to wait past the scheduled appointment time to be seen is somewhat expected in 21st century healthcare, it seemed rather ironic in this case. There we patients were, seeking advanced pain-easing options after more common avenues had failed us, and we were immediately placed in a scenario that seemed likely to contribute to that pain.

Once the doctor finally entered the room, however, I found myself more reassured. Dr. Jones’ (not her real name) manner was both professional and caring as she scanned my health history and asked me further questions about what had brought me to her office.

Her approach was two-pronged. First, she probed for details about my diagnoses, what previous doctors had said, what testing had been done and what treatments attempted. Her goal was first to make certain that I had been diagnosed correctly. I hadn’t considered that until Dr. Jones brought it up, but it definitely made sense. Not having the correct name to my physical problems would certainly impede treatments, and thus alleviating pain. She suggested additional testing I hadn’t yet undergone, such as a sleep study to assess the quality of rest I was getting each night.

Next, Dr. Jones made suggestions about possible strategies. These included Western prescription painkillers, of course, but she also mentioned several alternatives, such as water or physical therapy. We then discussed the pros and cons, as I’d already tried a number of these things, and whether I might consider trying any of them again or perhaps something new.

Although I toyed with the idea of a second appointment, ultimately I decided not to return to Dr. Jones. For the most part, she hadn’t suggested anything I hadn’t already heard of or tried. That isn’t to say I was blaming her; it was merely than over the course of a decade, you tend to see and hear just about everything there is about your illness.
However, going to a pain specialist is an avenue that definitely might be beneficial to others. As everyone’s situation is different, of course, their needs and expectations also differ. If you are a person who’s long battled serious chronic pain, though, you should at least be aware this option exists and is open for you to pursue. It may be a cliché, but it’s definitely true…it never hurts to give something new a try. Who knows? This doctor may be the one to hold real answers in alleviating your pain and raising your quality of life.

A Chronic Pain Story Told to the CDC 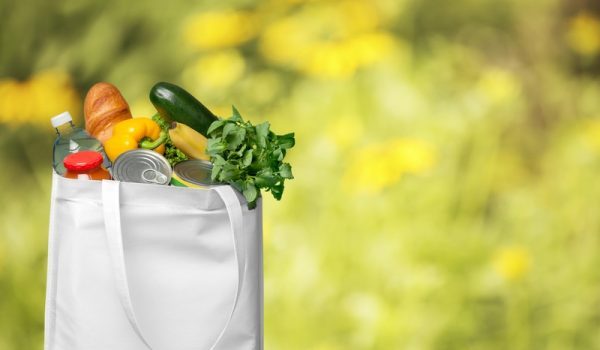 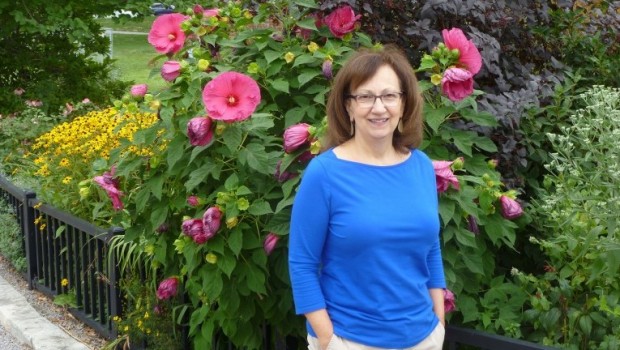 My Story: Getting Older and Staying Active Despite Chronic Pain 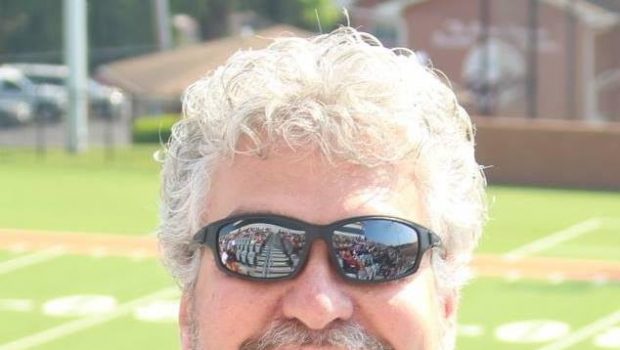 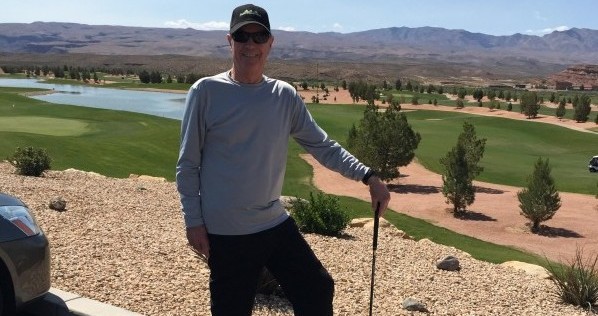 Excellent and wonderful accurate post and comments. Ed - I’d like to post my first submission (which was published) to the CDC - is there a way to do it here? It’s a factual rebut to much of what the CORE group and CDC info is supposedly about and, from the thousands of pain patient posts I’ve read, isn’t very well known or understood. You have to be a part of ‘doctor world’ to understand why a lot of this became a problem in the first place. This isn’t something I could have done while still working due to insider physician politics but I’m disabled and can do it now! Many thanks.

Joanna, Thank you for your story. It is very similar to mine, including the one hour wait in a claustrophic exam room. My disability prevents me from sitting, so I stood the entire hour with increasing pain. The pain management doctor was unable to suggest anything new, which didn’t surprise me after ten years of pain. But she did confirm that the meds my pcp prescribes are appropriate and I hope that allows me to continue to receive them through the pcp. I also decided not to go back.

I had to start seeing a pain specialist after my wonderful doctor retired, and primary doctors no longer treat with opioids. It has been a nightmare from the very first visit. Changing my med caused me to go into withdrawal and the gabapentin gave me side effects such as headaches, blurred vision, tingling in face and extremities, and basically making me a vegetable. She has basically told me to suck up the pain, as she “has done all she can do.” I truly believe she is either evil, or has a personal agenda. I know I must find a new one, but I am so afraid of something worse. What is wrong with these people? Why are they allowed to get away with treating us as less than human and causing us even more sufering?

This is 2015?! Since when do people in the US allow zealots to “write the rules for integrated patient care?” This needs to stop today! Chronic Pain patients must Stand Up and Be Counted 😊 Comment on the CDCs proposed opioid “guidelines” today- Chronic pain affects 100 million people in the US (a true epidemic!) but the media is more interested in addiction, not chronic pain! We must advocate for family, friends and treating physicians or find that many will be left to the wayside as collateral damage 😔

It was a huge step for me to go to a pain specialist and a quantum leap for me to actually take pain meds after years of shunning them and having gotten through 6 surgeries without them. Even after filling that first prescription, it took several years before I was consistently taking them around the clock as ordered. I really wanted no part of it and did my best to to tough it out until I just couldn’t do it anymore. It was only once I started to take them consistently that I really began to reap the benefits of the medication. Sadly almost sixteen years to the day after doctors sat and patiently assured me that medication wasn’t a copout or a sign of weakness, the world is quite different. I can’t imagine how much more difficult my life would have been and how much I would have missed out on if not for the medication. If the current climate had existence back then, I’m pretty sure I would have never touched the medication that has allowed me to do so much. I would have missed out on almost every good thing that has happened in my 20’s and first half of my third decade. I don’t want to miss what’s coming in the future, but this is my greatest fear. I’ve initiated tapers myself plenty of times, but eventually it was always necessary to go back to my full dose. Last summer was literally a living hell after my doctor stopped seeing pain patients. All my gains were reversed and I became a prisoner of my own body. I was truly blessed to find a doctor willing to treat me. Having my life back means everything to me. I don’t want to lose it again because others can’t make good choices. I have had no side effects whatsoever from the higher level doses, I take. I’m healthier overall and far more active. Aren’t these the goals of therapy? Can’t they see that it’s wrong to cast me back into the burning pit I’ve escaped with the help of medication?