The pain was so bad he killed himself.

Its something that happens all too often, unrelenting chronic pain that causes someone to commit suicide.

That’s what happened to retired NASCAR driver Dick Trickle this week. His brother Chuck told ESPN by phone from Las Vegas that Dick told him, “I don’t know how much longer I can put up with this.” 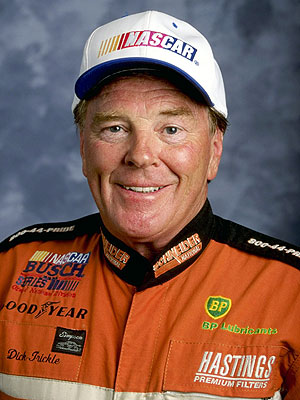 Trickle shot himself Thursday at a cemetery near his home in Boger City, North Carolina. He was 71.

“It is a terrible tragedy that anyone would have to resort to taking their own life as a result of pain. Too often, however, this occurs.  It is unfortunate that it takes a publicly know figure to bring this to the forefront of people’s minds,” said Daniel Bennett, MD, DABPM, a Denver pain physician.

As Bennett and other pain physicians know, diagnosing and treating pain is difficult.

“You would assume that MRI’s, CT’s, nerve testing, et al, would uncover the cause of the pain. But that’s not always true,” said Bennett, who is Chief Medical Officer of The National Pain Report. “We simply have to learn more about how to diagnose and treat the pain.”

Trickle, who was known as the sport’s greatest local short-track racer, went to Duke University for more tests to help determine what caused the pain under his left breast.

But apparently they couldn’t help, at least not fast enough for Trickle.

“He must have just decided the pain was too high, because he would have never done it for any other reason,” said his brother.

Bennett says the academic system in the United States needs to address how pain is diagnosed and treated.

“We can and must do better,” said Dr. Bennett. “Our medical schools must think about how to prepare the physicians of tomorrow with the right formal training to be able to tackle the complexity of pain.”