Clinical trial data from a European Phase 3 monotherapy study demonstrated that sarilumab was superior to adalimumab (HUMIRA) in improving symptoms of rheumatoid arthritis (RA) after 24 weeks, according to a press release from Sanofi (NYSE: SNY) and Regeneron Pharmaceuticals (NASDAQ: REGN).

“In this study, sarilumab monotherapy provided stronger efficacy than adalimumab monotherapy. Adalimumab is one of the most commonly used biologic medicines in RA,” said Janet van Adelsberg, M.D., Senior Director, Clinical Sciences, Immunology and Inflammation, for Regeneron Pharmaceuticals. “This is the first time an IL-6 receptor blocker delivered subcutaneously has demonstrated superiority over adalimumab monotherapy in RA.”

“Despite the availability of a wide range of treatment options, we believe that new therapies are needed to further address unmet needs of RA patients,” said Dr. Simon Cooper, MBBS VP, Global Project Head, Immunology and Inflammation, Sanofi. “These data suggest that sarilumab, if approved, may be an option for patients unable to tolerate or take methotrexate, and we look forward to sharing further details at an upcoming medical congress.”

The release described sarilumab as a human monoclonal antibody directed against the IL-6 receptor that inhibits the inflammatory activity in RA mediated by the IL-6 signaling pathway. IL-6 is the most abundant cytokine in the serum and synovial fluid of patients with RA, and levels of IL-6 correlate with both disease activity and joint destruction.

The primary endpoint of the study was the change from baseline in DAS28-ESR at 24 weeks, which demonstrated a statistically significant difference in favor of sarilumab (-3.25 for sarilumab compared to -2.22 for adalimumab, p < 0.0001). The study also showed improvements in signs and symptoms of RA as measured by patients achieving a 20 percent improvement in the American College of Rheumatology (ACR) criteria (72 percent for sarilumab vs. 58 percent for adalimumab, p < 0.01). Improvement in physical function, as measured by the Health Assessment Questionnaire - Disability Index (HAQ-DI) was also observed compared to adalimumab (p < 0.01).

DAS28-ESR is a measure of disease activity in RA, which includes the evaluation of 28 joints in the body for tenderness and swelling, a general health assessment, and ESR, a laboratory measure for inflammation.

In January, the companies announced that the U.S. Food and Drug Administration (FDA) accepted for review the biologics license application (BLA) for sarilumab with a target action date of October 30, 2016, meaning US clinical trials are a ways out in the future. 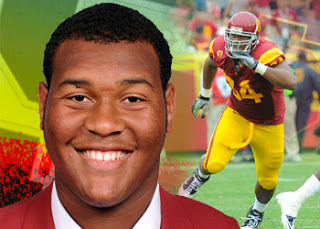 Lawsuit Against USC Over Painkiller Goes to Trial Next Summer

It’s good to know European companies are working on more treatment options. I wonder if the US has any of their own coming down the tube for us? Our FDA requires full testing on any drugs already marketed in other countries. They do not take other research as proof of efficacy and safety. Although this is meant to protect us, it still adds a lot of research money to the cost of producing a medication here. And many US companies aren’t willing to make that investment if the return won’t be substantial enough. Wouldn’t it be nice if the world worked together? And service to mankind was the primary goal? Just dreaming…..but why not!