Researchers at the Washington University of School of Medicine in St. Louis have released new research that shows drug abusers are not completely abandoning prescription opioids for heroin.

Instead, many are using the two concurrently if they can find it.

A survey of 15,000 patients at drug-treatment centers in 49 states also revealed some regional variations in their findings.

Cicero’s team conducted anonymous surveys when users entered drug treatment, asking about drugs of choice and patterns of use and abuse. Survey takers also had the option of giving up their anonymity to answer more detailed questions about their drug use. The study included detailed data from 267 such patients. Of them, 129 reported they had abused prescription opioids prior to heroin, and 73 percent cited factors such as cost and accessibility when explaining why they began using heroin.

Across the country in 2014, almost 42 percent of drug users in treatment reported they had taken heroin and prescription painkillers within a month of entering treatment, up from 23.6 percent in 2008, the researchers found.

“We see very few people transition completely from prescription opioids to heroin; rather, they use both drugs,” he said. “There’s not a total transition to heroin, I think, because of concerns about becoming a stereotypical drug addict.”

A professor of neuropharmacology in psychiatry, Cicero said that although heroin has spread beyond inner cities into suburban and rural areas, many users still connote the drug with junkies they’ve seen depicted in movies and on television.

“People used to tell us quite often, ‘At least I’m not using heroin,’ when we asked about their drug abuse,” Cicero said. “But in recent years, many have come to ignore that aversion, both because heroin is cheaper and accessible and because they’ve seen friends and neighbors use heroin. 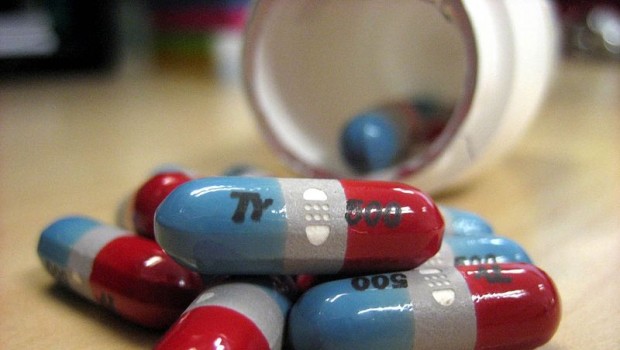 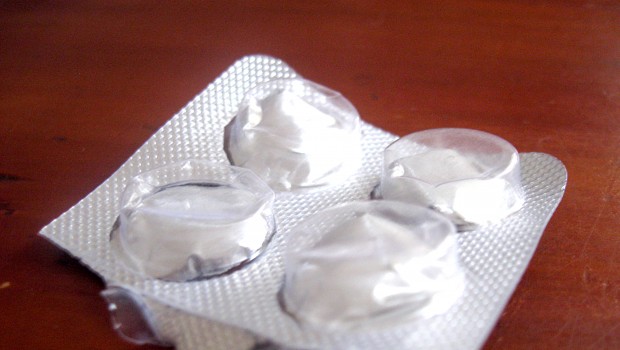 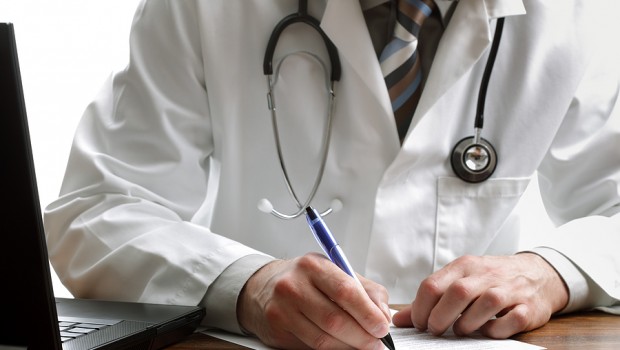 BL and Pamela Bodensieck, when I was speaking to my doctor who prescribes my oxycodone, she told me that there are three patients of hers (including me) that she prescribed this medication. She has a very large practice. I also heard that the DEA or the powers that be are aiming more at the pain clinics, and those doctors who prescribe an inordinately large amount of prescriptions for the opiates. I am an administrator for a fibromyalgia closed group on Face Book with over 750 members. Many of them cannot get prescriptions for the opiates, and apparently Walgreens makes it difficult for the prescriptions to be filled, so there it seems many patients who aren’t getting the medication they require should start making noise with who, the DEA? Congressmen? I would like to think that they would do something about easing up on the doctors who treat patients like us who require this medication to live without such horrendous pain, but I am becoming so leery with regards to our government and their masters. But I also understand that there are representatives from various pain foundations that are making our concerns known to the government/legislatures! The biggest issue I see however is the need for education on what chronic pain is, what it does to the human life quality, or lack thereof. We should not be placed in the same category with the addicts because we aren’t in this for kicks (nor are we addicts, we are dependent upon them), we take these to live out our lives the best way we can considering how debilitating chronic pain really is. It’s bad enough that our lives have changed drastically with major limitations, and if it comes to limiting the amount allowed, or making it extremely difficult to even get a prescription for the oxycodones, frankly I feel that we will see an increase in suicides. Let the doctors practice their expertise, and leave the government out of it completely!

I don’t think it’s the addicts ruining chronic pain suffers it’s our own government working against us who have chronic pain! The government has now stuck their nose in the health care system and look at where that is heading higher cost less treatment and the government picking and choosing who will get what for what and how much it will cost. Anytime you mix the government in any situation your headed for disastrous effects. People need to bark up the trees of their congress and make chronic pain more aware like cancer, aids, or even SPI. The doctors hands are tied the pharmacies hand are now tied by not being able to refill your scripts, now their squeezing addicts out of the wood work and taking true people with chronic pain with that lump regardless.

My question to the DEA is what will those with chronic pain, the type of pain that is so deep and intense 24/7 without any let-up making life almost unbearable to do? Exerciser? Massage? Maybe acupuncture? In theory perhaps it may work, but for those with Fibromyalgia, degenerative disc disease, cancer and more, the slightest touch can be excruciating! There are some medications that are geared toward those with fibromyalgia, but for me when I tried them (I’ve tried them all), the experience was less than wonderful, and did nothing for the pain. I do know some that are pleased with it, I’m thrilled for them! But really, those with the chronic pain must suffer, or even worse than that, taking their own lives as the intense pain is truly a killer all because of a small percentage of idiots who are getting their jolly’s at our expense. What’s wrong with this picture? No matter what, the addicts will always have a source for their kicks. What about us, law abiding citizens? If those who are making these horrid decisions within the DEA can remember back when they were still human, perhaps they could reconsider making the opiates out as evil “Reefer Madness” and actually think of those who require this medication to function, to have somewhat of a life! And also their labeling those who use these as “addicts” after 90 days is very hurtful and wrong. I’ve been on them for years, I don’t get the high, I just want the pain to subside enough for me to be me. I am dependent upon them, I am not addicted to them, big difference!!! Empathy, sympathy, the care of their fellow man should be priority. I understand that there is an oxycodone that if crushed, will loose the medication that creates the high, let’s start looking at that concept for further research. I know it takes time, certainly money, but we are talking about a human life!!!

Heroin metabolizes into Morphine in the body.. Generally speaking, addicts would prefer the commercial product because they have a pretty good idea of how much they can handle, as opposed to street drugs that could be a mixture of who knows what and can be a Pharmacy Roulette. While these people may well suffer from the mental health disease of an addictive personality … they are not stupid… they will chose to take the known route to getting their high… failing that… to fight off withdrawal… they will use whatever they can afford or get their hands on.. mental health/addiction is a downward spiral.. at some point they bottom out.. some try some sort of rehab (meth clinic) or intentionally OD’s and commits suicides. I think that BL is correct.. I am seeing a trend among bureaucrats that anyone taking opiates > 90 days is considered a addict.. because over half the states have legalize MJ/MMJ and there was a recent law passed by Congress and confirmed by a Federal court that the DEA is to be “hands-off” those states in regards to enforcing the federal law against MJ/MMJ… Most likely, by the end of the decade all or nearly all states will have passed these laws.. The DEA needs more targets to justify their funding.. and all those chronic pain pts are being set up to have that BIG RED “A” put on them. - for ADDICT. The job of a bureaucrat is to protect and grow the bureaucracy at all costs.. And for the last 45 yrs… the DEA has been doing a good job at that basic task. While it is estimated that 99% of all drugs being illegally brought into this country… gets thru… and we are currently spending 51 billion/yr for that rate of success.

I often wonder about the timing of certain things. Below are links to new info from the White House regarding Prescription Drug Ause and Heroin. It also seems that the use of Methadone for the treatment of chronic pain may be coming to an end because “a CDC study found that the use of methadone in pain treatment is associated with a disproportionately high number of overdose deaths compared to other opioid pain relievers”

We’re talking about apples and oranges.

It’s like saying that back during alcohol prohibition, drunks were drinking Canadian whiskey, bathtub gin, and in some cases, methyl alcohol. Sterno was a popular concoction. What ever makes me blotto — that’s the addicts motto.

Today’s opioid prohibition causes the same behaviors in the population of users who are seeking the opioid euphoria.

Opioid abusers are chasing a high. Any opioid will do.

What most people don’t understand is that Heroin, or diacetylmorphine, turns to morphine in the body within minutes of reaching the liver. IV Heroin users are really essentially IV morphine users. Abusers have also been known to cook hydromorphone tablets for injection, and go through complex extraction methods to get the oxyocodone bolus out of OxyContin. They will insufflate crushed prescription opiates, and even create homemade suppositories.

Whatever works. Whatever gets them high.

People who have chronic pain, need their opioid-based medications for analgesia. Those who are on chronic opioid therapy stopped feeling euphoria from their medications years ago. Taking opioids daily for years feels nothing like using opioids for a few days after a dental procedure.

Opioid consumption sometimes leads to opioid addiction, which involves the psychological compulsion to chase that high.

But when you live with daily intractable pain, opioids can be your key to functioning. You can shop for food, wash your clothes, take care of children, work a job. These activities are otherwise impossible without medication for millions of Americans.

When you live with chronic pain, prescription opioids are too important to waste on chasing a high.

Just want to thank all the drug seekers and abusers out there, for making the lives of those of us with true chronic pain near impossible. After multiple surgeries and monthly pain management support, we are still scrutinized and looked at like criminals. Opioids have given me a small part if my life back and it would be a very different picture for me without the use of any pain meds. I don’t think I could go on….And here I am, taking my meds as prescribed and am still in a great deal of discomfort on this day.
Thank you to all abusers once again.