Painkillers and Sedatives: A Dangerous Combination

Hospital admissions for drug abusers who took both narcotic painkillers and sedatives have soared over the past decade, rising over 500 percent according to a new report by federal health officials.

The study by the Substance Abuse and Mental Health Services Administration (SAMHSA), found that over 33,000 people were treated for substance abuse between 2000 and 2010 for the combined use of opioid painkillers and benzodiazepine sedatives such as Xanax and Valium. Admissions for combined use rose by 570% over that period, compared to an increase of just 4% for overall substance abuse.

“Clearly, the rise in this form of substance abuse is a public health problem that all parts of the treatment community need to be aware of,” said SAMHSA Administrator Pamela S. Hyde. “When patients are battling severe withdrawal effects from two addictive drugs, new treatment strategies may be needed to meet this challenge. These findings will help us better understand the nature and scope of this problem and to develop better approaches to address it.” 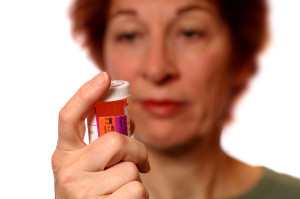 Researchers looked at several aspects of the combined addiction and found that 39% of the patients began using both painkillers and sedatives in the same year.

In the month prior to their admission, 61% of the painkiller and sedative abusers reported they were using both drugs daily. Non-Hispanic whites accounted for nine out of ten of admissions for the combined use of the drugs.

According to the report, almost half of patients admitted for combined use also had a psychiatric disorder. Benzodiazepine sedatives are often prescribed to treat mental health problems such as anxiety.

Combined use addicts were twice as likely to seek substance abuse treatment as opposed to court ordered treatment, and more than one quarter received detoxification. But they were also less likely to receive regular outpatient treatment.

The greatest cause for concern, the report noted, was the very nature of the combined addiction. Patients addicted to two drugs are harder to treat and may suffer severe withdrawal effects, particularly since benzodiazepines compound withdrawal symptoms from opioid painkillers.

“Providing medical and supportive services to mitigate the severe withdrawal effects may be critical to avoid treatment attrition and relapse. Developing a profile of those who co-abuse these drugs and drawing distinctions between these admissions and others in treatment can help inform treatment approaches and therapies to better treat this population,” the report said.