An online survey of fibromyalgia patients that found broad support for medical marijuana is further evidence of the potential for cannabis as a treatment for chronic pain, according to one of the world’s leading experts on medical marijuana.

“It’s always a good idea to listen to what our patients are telling us,” said Mark Ware, MD, an associate professor in family medicine and anesthesia at McGill University in Montreal.

“What your study does is expose the limitations in the existing pharmaceutical therapies and waves the flag that maybe cannabis and the cannabinoids are worth serious investigation if there is truth to the fact that they report such positive results.”

The survey of over 1,300 fibromyalgia patients by the National Pain Foundation and National Pain Report found that many believe medical marijuana is far more effective at treating their symptoms than any of the three prescription drugs approved by the Food and Drug Administration to treat the disorder.

Nearly two-thirds (62%) of those surveyed who tried medical marijuana said it was “very effective” at treating their fibromyalgia symptoms.  Only about 10% said Cymbalta, Lyrica or Savella – the three FDA-approved drugs – were very effective in treating the disorder.

“We desperately need someone to step up and explore this potential for the efficacy of cannabis,” Ware told National Pain Report.

“The scientific rationale is there. There are some early preliminary, proof-of-concept clinical trials that demonstrate cannabis may be effective. Now your study adds additional weight that patients are reporting that cannabis may be better than the existing therapies. I think that this really should provide incentives for researchers to take a hard look at clinical trials to really explore that in much more detail.” 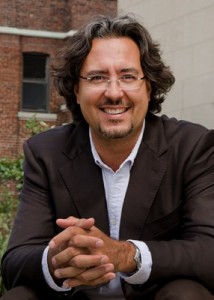 “As a society I think we’re still struggling with trying to reposition cannabis and its constituents as drugs that may be therapeutically useful. And I think for many big Pharma companies, when they sit down and explore potential new directions, they have to think about being seen as doing pro-marijuana type work. And the possible perception that they are involved in this work may be enough to keep them away.”

But while the healthcare industry shies away from medical marijuana, the survey found that cannabis is being embraced by the pain patients who’ve tried it.

“To medical marijuana advocates and those who have found relief in treating severe, chronic pain with marijuana, these numbers come as no surprise,”  said Dan Riffle, director of federal policies at the Marijuana Policy Project.

“Marijuana is currently classified as a Schedule I drug with ‘no accepted medical use.’ It’s long past time Congress addressed this unscientific classification, and changed other federal laws so that patients using marijuana in consultation with their physician, and individuals and businesses providing marijuana in compliance with state laws, are no longer considered criminals under federal law. Those suffering from fibromyalgia should write and call their members of Congress today and urge them to act now.” 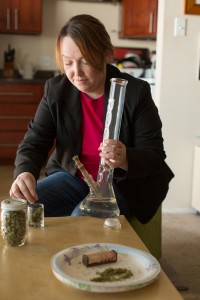 “Medications, including medical marijuana, should relieve pain so we can participate in other therapies known to help fibromyalgia,” said Celeste Cooper, a retired nurse and fibromyalgia patient.

“I suspect, and this is purely conjecture, that medical marijuana may not only help with pain but also help with sleep, which is often identified as most problematic to fibromyalgia patients. It is possible that marijuana improves sleep slow wave progression, the healing stages that are lacking in many fibromyalgia patients. It would be interesting to see a study on this.”

Two prescription drugs based on cannabinoids – the active ingredients in marijuana — already exist. Nabilone (Cesamet) is a synthetic cannabinoid approved for treating nausea in cancer patients. Marinol (Dronabinol) is also used to treat nausea, and as an appetite stimulant.

Although neither drug is approved by the FDA to treat fibromyalgia or other types of chronic pain, they can be prescribed “off label” by physicians to treat them.

Mark Ware has studied nabilone as a possible sleep aid for fibromyalgia patients and found it effective.

“Many of our patients who use medical marijuana report that sleep is one of their target symptoms; that they’re having trouble sleeping and this drug appears to help with their sleep,” said Ware, who is executive director of the Canadian Consortium for the Investigation of Cannabinoids.

But Ware cautions against self-medicating with marijuana, which contains about 60 different compounds that have medicinal effects.  Some strains of cannabis are designed as sleep aids, others for pain relief and some just to get people high. The quality and intensity of those strains could also vary from one marijuana dispensary to another.

“One would have to be very careful in knowing the medical background of any patient before considering using a drug like cannabis,” Ware told National Pain Report.

“Make sure you have a very, very good conversation with your doctor and not just pay a hundred dollars to have a certificate (marijuana prescription) stamped and given to you. It needs a thorough evaluation.”