(Part of a series of columns by Jenni Grover Prokopy - founder of ChronicBabe.com and Illinois State Pain Ambassador for U.S. Pain Foundation)

Jenni: Thank you, Joe, for being vulnerable and generous with the National Pain Report readership about our relationship. I love that we can share ideas about how they can make romantic relationships work in spite of pain.

We’ve been making it work for six and a half years, and we just got engaged! If you had asked me a few years ago, I would not have predicted it – after my divorce years ago, I felt like damaged goods. I guess you showed me!

When we first started dating, do you remember how you felt about me having chronic pain and illness?

Joe: It was a little vague, in real terms. We’d gotten to know each other a bit when we were both at a conference and you had to take a day off from the event, but I probably didn’t realize that was something which you simply had to do sometimes. I knew your health situation was central to your work, but it took some time to really understand what it meant. I guess it didn’t give me any second thoughts, if that’s relevant!

Do you remember anything about how I started to understand it more, or something I had to learn?

Jenni: I remember being nervous talking to you, because I was embarrassed - there’s a lot of shame that comes with chronic pain and illness, and I was feeling a little less-than that day at the conference because all our friends were out partying and attending lectures and I was stuck in bed all day! But you were patient and kind, and you encouraged me to get some dinner and that really helped. I felt respected, which meant a lot

Along those lines, over the years together, you’ve had to learn how I deal with the unpredictable nature of fibromyalgia - that one day I can be fine, and the next be incapacitated, often with no obvious cause. I’m used to it, but I think there was a learning curve for you there. You like to come up with a “fix” for a lot of things - which I love about you - but sometimes there’s no fix. How has that made you feel?

Joe: To be honest, I’d already had opportunities to learn the lesson that my “let’s fix this” approach isn’t always that helpful, so I hope that means you got less of it than you would have if we’d been dating five years earlier. But I know I have kept working on it.

Jenni: We sometimes have different energy levels or abilities to go out to parties, concerts, and other events. I feel like we’re good about giving each other lots of latitude to pursue those things individually if one or the other isn’t up to it. This is in contrast to what I’d previously experienced. How do you think we’re able to do that?

Joe: It’s in contrast to my previous experience, too. I think we have both learned from our experience! After I got divorced, I realized how much I’d been missing some things. While I was married, I thought I was just going with the flow, and that it was no big deal, but now I understand that it also dulled me in some ways, and made me less than the best partner. To be honest, my ex has found whole new passions, which she may have been missing because of our dynamic.

Jenni: That’s OK. I don’t need you to understand, as long as you respect it, which you do.

Let’s talk about self care for a moment. When one partner has chronic illness and the other doesn’t, the non-sicko sometimes ends up picking up some of the slack on chores, and that can lead to the non-sick partner spending less time on self care. (And by that I mean not only the usual grooming stuff, but also relaxing, having alone time, etc.) How do you make sure to make time for self care?

Joe: I’m not sure! Some things work because I build them into my routine, like going to the gym at the same time every day. And I get my share of alone time just because I’m such an early riser. I think we have a totally manageable system of chores, mostly together, but also we each take care of stuff alone sometimes. It all seems to come out in the wash, if you’ll pardon the pun!

Jenni: One question I hear a lot from fellow sick folks and folks with chronic pain is: How do you maintain a strong sense of intimacy? Many people equate intimacy with sex, but that’s not all there is to intimacy. No matter how poorly I’m feeling, we make an effort each day to connect with each other, hold hands, kiss, talk about whatever is on our minds. I think that builds a natural sense of day-to-day intimacy. Do you agree?

Joe: I think day-to-day intimacy is just as much of a challenge for any couple. I like that we say “I love you” out loud just about whenever the thought comes to mind, and it doesn’t seem to be losing its meaning with repetition.

It’s true that sex isn’t in the cards when you’re flaring up or exhausted. But I think we know that it’s important, and we talk about making time for it openly - something you deserve credit for modeling to me. We seem to be making it work!

Jenni: It’s not always easy to talk about sex, for sure. Sometimes I mourn the days when I could just go for it anytime, because my body today doesn’t always cooperate. But we do make an effort, for sure. Plus it produces endorphins that are natural painkillers, so… it’s medicinal!

So we have to prioritize it.

One last question: If you could give other couples out there - where one or both people has chronic pain - one piece of advice for maintaining a strong romantic relationship, what would it be? Mine would be: Compassion keeps hearts, minds, and doors open, so remember to be compassionate when your loved one struggles, because it will help you handle challenges.

Joe: That’s great advice! Mine would be “communicate.” There are a lot of romantic ideas that somehow your partner should just know some things, but when they don’t, you get upset and doubt their love. Life is complicated enough without having to read minds!

Jenni Grover Prokopy founded ChronicBabe.com in 2005 and has been a boisterous advocate for people with chronic pain and illness ever since. A professional speaker and writer with more than 25 years of experience, Jenni believes all people have a story worth telling. She lives in Chicago with her fiancée, Joe, and enjoys gardening, quilting, and five-minute dance parties in her living room.

Joe Germuska is the Chief Nerd at Northwestern University Knight Lab and shares Jenni’s fondness for tacos and great music. He hosts a weekly jazz and world music radio show on Evanston, Illinois-based WNUR and volunteers with a handful of organizations. 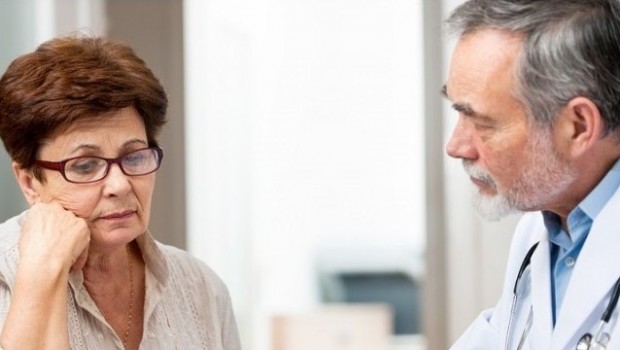 How to Talk to Your Pain Doctor – One Patient’s Response

My Story: A Ketamine Diary with a Forrest Gump Twist 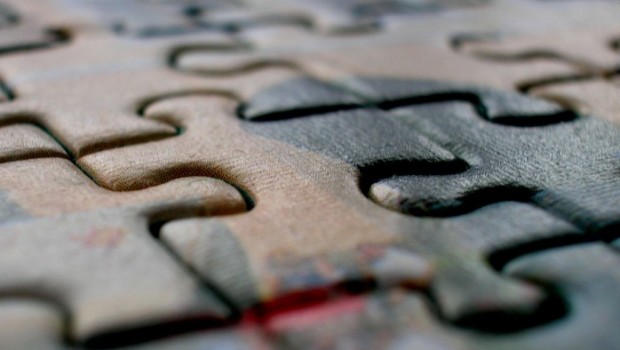 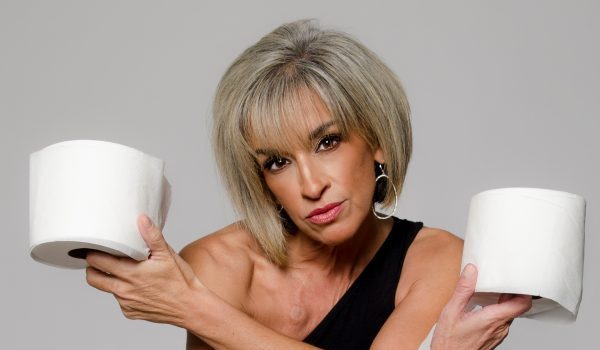 My Story: Crohn’s Disease and My Journey Back to “My Happy.” 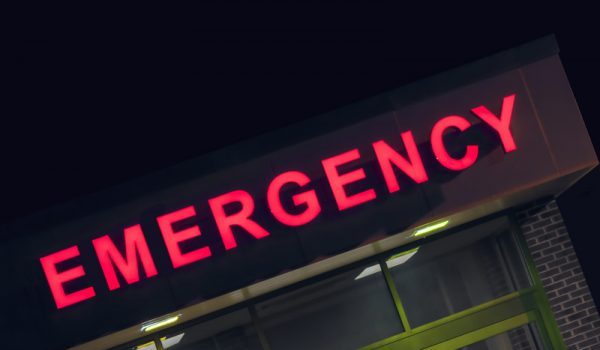 Chronically Struggling: Do I Go to The ER? 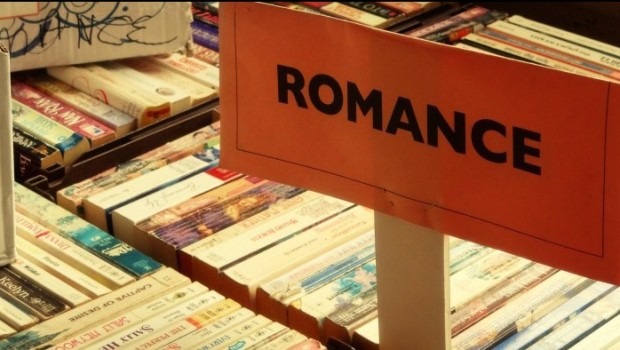 My Story: Chronic Pain and Dating - Not Easy - Not Impossible

How Pain Changed My Life - and Me
newest oldest
Jean Price

Life limiting pain does affect both lives in a relationship…in fact, like most long term illnesses, it’s a family affair! Learning to ask for what you need and also to affirm that it does impact everyone’s life is important, I think! We are going on 48 years this August, and my pain started about 27+years ago…so it’s been a major factor in over half our lives together. And major factor in our daughters’ lives and our grandchildren’s, too. My daughters believe it has helped teach their children compassion and I have to agree with this, they are very willing to work with my limitations. As for the high school sweetheart sitting next to me, well he knows I have physical,pain so we have to work at having less pain in our relationship….and he laughingly calls it our endurance trial!! I always ask God to protect my family from me….and me from them, especially when times are toughest and nerves are frazzled. And I have to say, I’m good but NOT THIS GOOD…I’ve had a lot of heavenly help!! But then, love is central to that help!!

I loved your article. One thing, as a chronic pain person that I consciously do when I’m in really bad pain and want to bite off my husbands head for smiling, is ASK for what I need. Sometimes, hold my hand, or a kiss, or a hug if I can stand it. If I can’t, a light touch often works. My husband and I have worked 20 years on how to be intimate in difficult circumstances. Every time my life changes, and things get harder, we talk, and figure out how to balance things and make it work, because we believe in the commitment we have to each other. A 20 second hug can change your brain chemistry. A kiss is better than biting his head off. I hope we’re 90 and holding hands.

Thank you both for sharing about your relationship. As someone whose marriage in part ended because of my chronic pain (sure, there were plenty of other reasons), and who is now single, this is definitely something on my mind. I have a hard time imagining how I could handle a relationship since solitude has become an important part of my pain management, and I tire so easily, but you guys are an inspiration. Thanks.

How inspiring to see someone that can really do “in sickness and in health”.Fibro killed my relationship and I can’t blame my ex, I wasn’t the same person he signed up with and he was very high energy.I feel incapable of making commitments now because I can’t predict how I’ll be feeling.I hate trying to explain the chronic pain and fatigue and it’s difficult for people to understand. I know I look lazy, which irks me because I used to be so active. It’s all I can do to take care of myself, my high energy dog, house and yard.Ive concluded that I will be single the rest of my life,relationships,even friendships require maintenance and energy.I think it is rare to find an understanding partner and I myself can’t help but feel like a burden,going from an overachiever to a sludge! Kudos to you tho for finding ways to adapt and solutions to the multitude of issues a health crisis brings. And how brave are you to begin a new relationship knowing the additional challenges? Very uplifting.