Editors Note: The following opinion piece was written by president and founder of U.S. Pain Foundation, Paul Gileno and published by Morning Consult on Oct. 19, 2016.

While high drug prices are dominating the headlines, a more dangerous phenomenon is playing out behind the scenes – insurer obstruction in medical decisions. I was a victim of this particular brand of injustice. It is ensnaring patients daily, though many may not be aware of the practice until they are caught in its trap.

Most Americans would agree; the insurer has no place within the sacred doctor-patient relationship. We trust our doctor to be the arbiter of our health and when a doctor makes a recommendation, it is done with extensive knowledge of the patient’s needs and the motivation to better that patient’s life.

There is a mounting barrier to treatment resulting from health insurers utilize their power to deny needed medications. The reasoning? Cost savings at the expense of a patient’s health. To gain medication coverage, patients must adhere to the insurer’s recommendation of a lower-priced and often less effective medication.

Known as “step therapy” this iniquitous practice is one of the reasons I launched my foundation. Step therapy, also known as “fail first” is when an insurer decides a patient must first prove failure on a cheaper, potentially less effective medication before approving the originally prescribed medication.  While I learned this was an accepted practice among insurers; it seemed unreal to me that a doctor could prescribe a treatment only to have the insurer ignore his advice.

My pain journey started while operating my own catering business. I thought I was simply lifting a box; but, I twisted incorrectly, snapped my spine, and severed my left sciatic nerve triggering the beginning of my chronic pain journey. I had therapy and three surgeries before realizing my back was never going to heal.

I wasn’t going to let a life-long diagnosis deter me.  I needed to do something to reduce my pain and get on the right track. While filling my prescription, recommended by my healthcare provider who understood my condition and medical history, I discovered there was an opposing force at work. My own health insurer, who I was paying twice monthly, had other ideas.  They refused to cover the medication my doctor deemed medically necessary, claiming they’d only cover alternative treatments.

A self-defeating time in my life which caused depression, I wanted to know why and how my insurer could do this. I waited for months and failed on two medications until my insurer had the confidence that the higher price tag was warranted for my health. During what was undoubtedly the most chaotic time and one that would indefinitely impact my well-being; the insurer was trying to regulate choices that are best made by the doctor treating me.

While insurers don’t have intimate knowledge of your health, they do have the self-imposed authority to override doctors’ decisions. How is this legal and why would insurance companies do this? Simply put, because no one is stopping them. Though doctors argue with insurers regarding the recommended treatment of their patients and many now employ staff specifically to fight with insurers on medication denials, no one is policing this practice.

I soon realized that I was not alone. In 2011, I went a step further to unite patients and launched U.S. Pain Foundation nationally as one way to engage others to advocate. Patients with the same step therapy battles were joining the organization to fight for fair legislation.

That said, many states are still without patient safety safeguards against step therapy.  It is defeating for patients who feel that glimmer of hope when holding a golden ticket– that prescription for medicine that will manage their condition — but they can’t have it.

As someone who was a victim and is now an advocate for chronic pain patients, I’m asking for others to come forward and say, “no” to this abusive practice and lawmakers to take action.  Health insurers should embrace our health needs. They should not have the power to make it worse.  If this isn’t playing a dangerous game with a patient’s life, I don’t know what is. 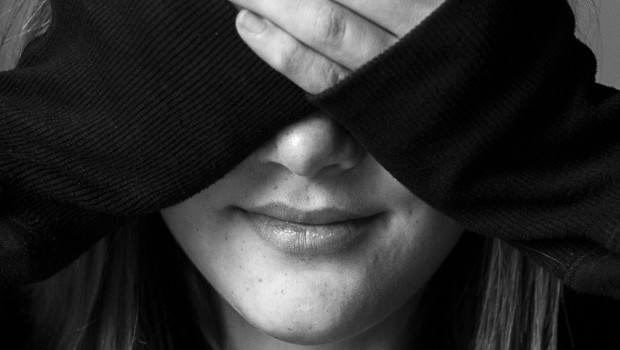 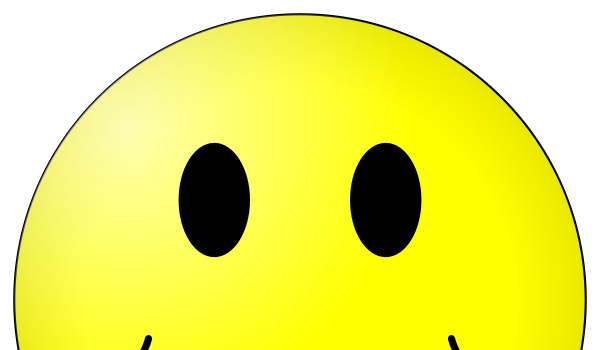 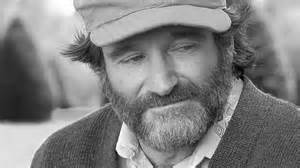 Robin Williams and the Power of Truth-Telling 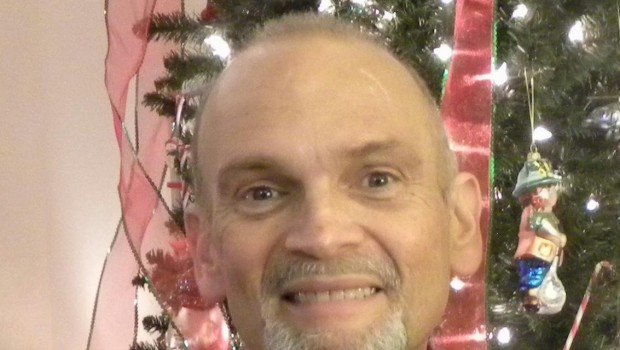 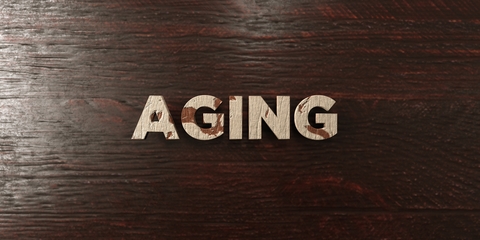 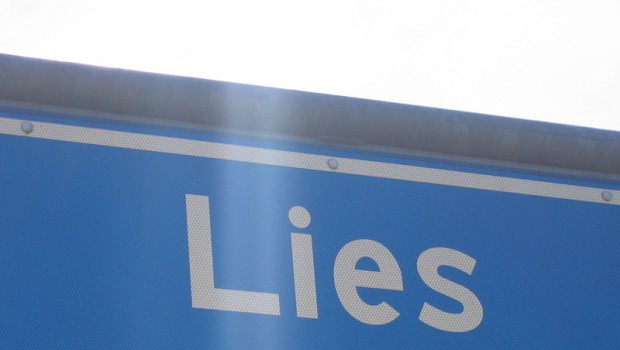 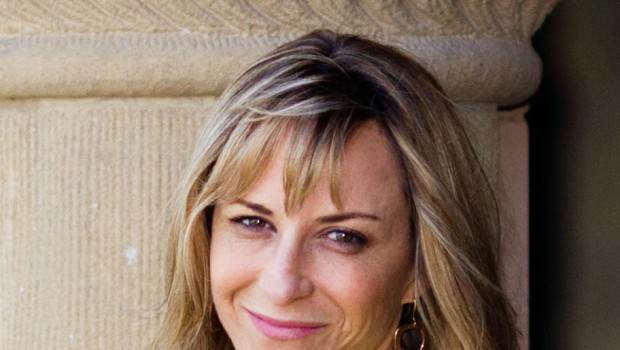 This is very interesting. You said their are laws in place in West Virginia to stop this type of practice. Well about a yr ago they refused to cover my muscular relaxer, stating I needed to try several others first. I had already been on several of them with severe allergic reactions and one that was causing a blood pressure drop (very severe drop). Even with the documents stating the reactions they still refused to cover it. They kept coming up with new meds after each round of try these first. It was costing me to be seen at pain management then being off the meds for a mth before I could afford going back again to do it over again. After 6 mths of it I finally said enough and I will just pay out of pocket for the muscle relaxer.
Can you give me the info on the law that was passed about the step therapy in WV? Would like to check into it more. With everything they put me thru it caused my disorder to spread during this time. I went into a bad flare because of it. Thanks

Great information Paul, Now what we are noticing is this similar process happening at a big chain pharmacy, with the pharmacist. Recently, they turned over with new staffing, so no one knew us well or our situations. Calls each and every fill to the physician, not only to verify prescriptions(which would be fine, and expected) but then questioning every prescription and making her own recommendations to the doctor! Questioning what the doctor is doing, and making her own changes, at every turn! For diabetes and blood pressure medications, also! Mistakes were being made, and it felt so invasive and inappropriate. Thankfully we were able to change pharmacies, as our doctors were getting very annoyed with her, and so were we! When I questioned some of her choices she just said, I have others in line, next! So we voted with our feet and changed pharmacies, but others aren’t so fortunate to have choices…..
But I believe we are seeing a climate where pharmacists have become the new de-facto enforcers, along with insurance companies. Practicing medicine without a license! This has all gone too far!
Doctors have the training, let them practice medicine!
Thank you Paul for everything you are doing! It is needed now more than ever..

What Insurance companies don’t want pts to know is that there are appeal processes and they don’t have to tell you about them - UNLESS YOU ASK - then they have to give you the process in WRITING… normally a 3-4 step process.. >50% of the pts who appeal the insurance company’s denial will win.. expect a denial with the first appeal.
Part of the practice of medicine is starting, changing, stopping a pt’s medication… some believe that step therapy is the practice of medicine and is probably illegal… The insurance company will probably justify their decisions based on their medical director… abt 75% of the medical directors are GP, FP, Internists … and it is also illegal for a prescriber to prescribe medication to pts that they have not did a IN PERSON physical exam… reading some physician notes.. does not constitutes a in person exam.. and normally the medical director does not have a license to practice medicine in the state where the pt lives. Insurance companies “get by” with their decisions… because their decisions are never challenged… Vast majority of insurance companies are FOR PROFIT… publicly held companies… focused on making the stock holders and stock market happy… is their primary function. Healthcare is just a BUSINESS !

Thank you all have insurance plan the imaginate Mass Health patient.

Doctors should be paid. look how long each have went to school to become a Doctor! even Nurses. and the Pharmacists. and Insurance is outrageous for most people. what people pay in, and have paid in, everything should be paid for period! and it should start before people have to go through so much to get help at all.

Sean, it is also Medicare and Medicaid.

It’s not just step therapy where insurers step into the doctor/patient relationship. I had a similar fight with my long-term disability insurer. The insurance company’s internal medicine doctor overrode my gastroenterologist’s opinion of my gastric disease diagnosis. My gastroenterologist is a specialist in my disease and has never questioned my original gastroenterologist’s diagnosis and confirmed the diagnosis on his own. I questioned the internal medicine doctor’s ability to diagnose me without even a physical examination, but the LTD company ignored the copious amounts of evidence that I sent regarding my condition. They also ignored the fact that Social Security approved me for disability, a requirement that the LTD company forces upon their insureds. They will only cover until SSDI kicks in. Unfortunately, both my attorney and I dragged our feet on filing a court claim, so it’s now too late to force the company’s compliance, but I still feel shafted when the case manager and physician denied my claim and probably earned themselves a fat bonus in the process. Where did my premium dollars go?

Paul, I am a member of the US Pain Foundation since you began it.
Thank you for writing about this. While I personally haven’t had my ‘insurance co.’ put me through this… I did have a doctor do it to me, on his own ridiculous accord, when I moved from CT. to Florida 2 years ago.
He discharged me… when after 4 mths. of him putting me on new and different meds all causing me great side effects…I begged him to just put me back on the meds I had been on up in CT. for many years and which worked best for me and without great side effects. He denied it. The emotional duress caused by his treatment toward me still haunts me.
I was horrified, emotionally effected and then had to immediately find yet another pain management doctor.
My story goes on and on in regard to the past 2 yrs dealing with pain management in this state and its’ negative effects on me.
I also Thank You for all of your (and your staff’s) efforts on our behalf.
I know I’d be lost without your foundation to lean on and help guide me all these years.
God bless you for all that you do. Keep strong warrior leader! 🙂
Maureen

Totally agree! Also, it’s not just private insurers that use this method to drive down costs. The VA has extensive rules for prescribing medications and doesn’t care what a patient has done outside of the VA system.

For example, I had to “fail” to benefit from four medications before the VA would agree to give me Lyrica, even though I had already gone through this same battle with my private insurance. Talk about a year of drug trial hell. This has to stop!

This should be on the front page and in every legislature. The first words I hear from my PCP
Are ” I don’t know if your insurance will pay for that.” When I go to pharmacy, the first words are “let’s see if your insurance pays for this.” This is an insult to doctors and patients and a scam for those of us paying $$$$ for medical insurance.

As a “victim” of this practice, I am committed to helping put an end to step therapy! Please let me know in what way(s) I can best put my efforts to work!