By Richard A Lawhern, PhD.

Because I write and speak widely on public policy for the treatment of chronic pain, I am fairly often asked what I would recommend to patients, caregivers, and physicians who want to comment on the recommendations of the HHS Inter Agency Task Force on Best Practices in Pain Management. I offer the following:

The public draft of the Task Force recommendations can be found here, along with directions for submitting comments through the Federal Register or by email. Deadline is the end of March, for either. 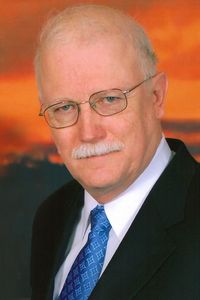 I sympathize with anybody who may find the Task Force draft to be a tough read. The text is ~60 pages with 446 references. It is written by doctors to inform legislators and other doctors about what needs to be done to resolve gaps or conflicts between existing best practice standards for the management of all kinds of pain. At least 25 experts in several working groups contributed to the writing. Not many patients will have the background or energy to comment on the entire document.

So how can you contribute? There are several ways.

Task Force recommendations are about both the science of pain management and the lived experience of patients and doctors. Patient discussion panels and dial-in speakers were invited and heard in both of the public meetings of the Task Force, as were short public comments by speakers in the sessions. Text search tools were used to process the Federal Register comments and identify areas of concern among the hundreds of comments received before the two meetings. These steps are a major improvement in approach. There is much in the resulting recommendations that is patient-centered. So be sure to acknowledge the good work that many medical professionals turned in.

That said, be aware that the Task Force is likely to receive thousands of comments. If you want yours to count, then don’t copy and paste from somebody else’s remarks. If you want to endorse the 38 pages and 65 comments I’ve already submitted, then you can email me at lawhern@hotmail.com and I’ll ship you a working copy to read first. The Alliance for the Treatment of Intractable Pain is working on a condensed and issue-focused version that will fit within the three-page text limit of the Federal Register. So you can endorse that version rather than mine, if you wish.

As you are gathering your thoughts, there are several areas where your lived experience is very important and the Task Force needs to hear from you — above and beyond their specific recommendations to Congress.

There is one thing you probably shouldn’t tell the Task Force and it’s your entire life story. I know it’s tempting, because patients are so often not heard or credited with knowing what works for them. But remember that these doctors have already heard the stories of thousands of patients, and they really are trying to help. Don’t drown them. There are only so many hours in the day.