The former CEO of U.S. Pain Foundation, Paul Gileno, pleaded guilty Monday in the District of Connecticut to wire fraud and tax evasion in connection with his misappropriation of funds from the organization. Although a sentencing date has not yet been set, U.S. Pain Foundation is seeking restitution to recover financial losses that resulted from his misdeeds.

Gileno resigned from his position at U.S. Pain Foundation at the request of the Board of Directors on May 31, 2018, after the misappropriation of funds came to light. The organization reported the theft and fully cooperated with investigating authorities.

The organization stated in a release on Tuesday: ”The last year has been difficult, the organization has never lost sight of its guiding mission to educate, empower, support, and advocate for the 50 million Americans living with chronic pain. We are thankful that resolution of these issues is coming to an end, and are committed to continuing to serve people with pain, stronger than ever.”

The U.S. Pain Foundation is a nonprofit organization that serves those who live with pain. It has been very active in advocacy in recent months, especially at the federal level. Cindy Steinberg of U.S. Pain Foundation was the only patient advocate on the federal government task force that generated a report on Pain Management Best Practices that is the subject of Congressional hearings this summer. 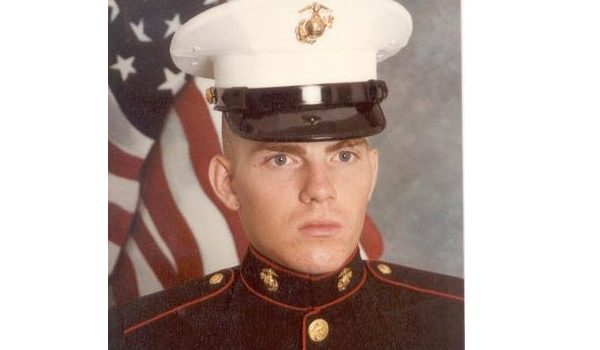 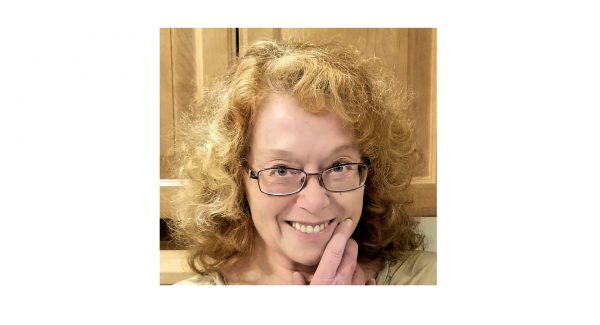 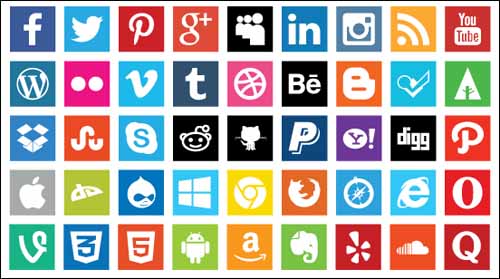 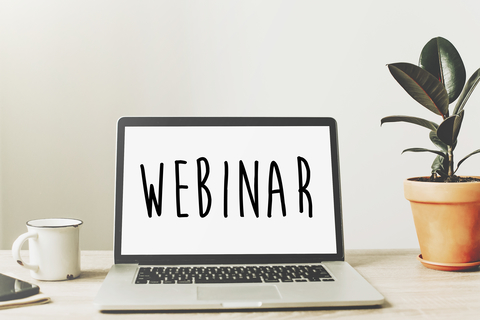 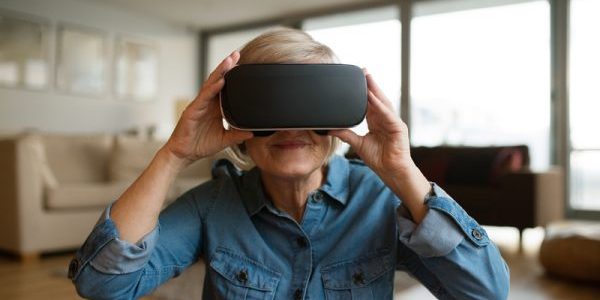 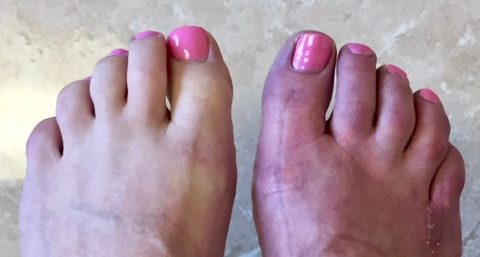 Shit happens I don’t think it was right by eny means but his etrabuiam to the the CCP pain comminutiy I tkink should be that a 100 year sentence of pain warrior advocy for the patient +good doctor being unjustly declared war on for no reason but having horrible pain full medicinal condition,+our good primary doctors standing up+controlling+lowering our pain through basic medicinal compassion +humanity??people make mistakes but for him to continue to put in100 percent adovacy+help organize pain patients rallies+demonstrations +keep getting the truth out to the mass+local media about this genocidal atrosity being done to innocent cpp patients+our good primary doctors being harassed+falsely accused of crimes that have never been commuted??we need all the true soldiers we can get to win this false war on helpless cpp patients with horribly painful medicinal condition+injuries+being denied basic pain relief+pain medicine forcing thousand to commit suicide against their will?this is the worst public health dept.crisis ever in American history+can+could have been totally preventable???by not dening access to basic pain medicine+adiquit pain medicine??pain medicine is gods gift to mankind to totally elimate pain+suffering period+makes abousulately no human sence to deni relief from extreme pain through simple pain medicine like man has done for thousands of years???god strength+guidance be with each+every one of amen!!!

If fifty million people gave five cents a year, that would raise over $200,000 every MONTH. Divide that equally amongst all 50 US states, and you get $4000 a month. That’s enough money to hire 50 lawyers, one in every State, to take pain patients cases and sue the blood-sucking DEA repeatedly until it understands what pain is.

Black people could never get a fair shake, until Martin Luther King raised money, hired lawyers, and incorporated the Southern Poverty Law Center. Dr King made it expensive to engage in bigotry against Black people and drove it underground. Pain patients need to organize and do likewise. We don’t need to march to Washington or give speeches in front of the Lincoln Monument. But we do have to make ourselves heard in court, because nobody who isn’t one of us, gets the concept of what’s actually going on. Courts are uniquely suited to that mission. In court, you can’t make up a side story that has nothing to do with the real issue. It’s easy to do that in politics, but it doesn’t work in court. That’s why Hollywood media billionaires will make another $20
Billion in next year’s election, selling campaign ads. It’s legal to lie in campaign ads. It’s illegal to lie in court.

Did any pain patient get 5 cents worth of help from anyone in politics this year?

Then next year, chip in 5 cents and let’s go to court!

We still support you one bad apple don’t stop the show?just do your job at fighting for cpp patients right to life saving pain medicine+our good primary doctors not to be falsely persucated by these evil band of criminal thugs at the dea!!!!???tq

Read the gov report, nothing is going to change. If it doesn’t get worse, it still won’t get any better. Our govt is still fixated on war on drugs and pain mngt ppl are reccomending stuff no one can even find it within their heart n souls to ” exersize, yoga thi chi- accupunture.( which our suck a butt health insurance won’t cover ) all these delightful chasing the rats through the maze to find cheese like some fool. Obviously if many more cronic pain patients COULD GO TO RALLY they would.

No we have a pos in office that’s really a stupid fool that just doesn’t get it, doesn’t care and his lack to make America great again, has caused CDC , DEA to act and react totally inappropiately.

Give up on them you can not try and or successfully reason or discuss anything of this crucial matter and expect anything less than unreasonable.

My apologies but the truth is painful too.

May god bless you and watch over all those in pain.

SHAME ON HIM. GREED & CORRUPTION HAS DESTROYED HIIS AND HIS FAMILIES LIVES. TYPICAL C.E.O. THOUGHT HE’D GET AWAY WITH EMBEZZLEMENT OF MONIES HE WAS SUPPOSED TO HOLD IN TRUST FOR C.P.P.’S FIGHT AGAINST THE C.D.C.&F.D.A.
PLUS THE FACT OUR CIVIL RIGHTS TO BE TREATED HUMANELY WITH DIGNITY AND RESPECT.
NO COUNTRY CLUB PRISON FOR THIS C.E.O I’D HOPE.
HOW DESPICABLE 😕😝

Truly a sad, difficult situation which should have never been allowed to occur.

I am grateful checks and balances have been placed for monitoring and full accountability.

I wish US Pain nothing but goodness and success as they continue to regroup and move forward.

I am sorry for Paul’s wife and young children. They will be without their Dad, possibly into their adulthood. There are no winners here. There is only sadness and pain induced by stupidity and poor decisions.

People in a position of authority over our lives stealing as well as misleading the powers that be that chronic pain is no different than addiction need tti be dealt with severally. Prison time and no future in dealing with the public. The worst of humanity makes me sick! This is an outrage!

I wasn’t aware of this. It’s so depressing when people who are supposed to be helping the less fortunate instead take advantage of and harm them. I hope he receives a harsh sentence, and not in a country club type prison.
It’s time to send a message that white collar criminals will truly be punished and that their crimes which harm people on such a wide scale are much worse than minor crimes for which so many less privileged people get punished harshly.

I don’t understand- are there other foundations that help people in chronic pain? Support and resources? What a cruel man!

“BRIDGEPORT, Conn. – A Brewster man who ran a Connecticut-based nonprofit designed to find support and resources for people with chronic pain issues has pleaded guilty to embezzling about $1.5 million from the organization.” Plus $500,000 in taxes.

It is such a shame that Paul committed this crime, not only against the US Pain Foundation but against himself. I first spoke with Paul back when it was called Connecticut Pain Foundation (which I found online years ago while living in CT) when I was desperately looking for a Pain Support Group.
As US Pain grew out of it I was happy to have found this organization for direction and support. I was stunned to have heard this unexpected news last year.
With that said, I pray for a better road ahead, in time, for Paul, and his family.
And I commend Nicole, Cindy, Shayna, the awesome advocates and the many others who have kept this organization afloat and running very well since.
I am sure it has not been easy but you have all done an outstanding job with it!
Thank you! Maureen M.

Morals are not most people’s way of life. Ego rules the lives of the many and when this happens the very people who are supposed to be helped suffer more. This is sad.

Did he return the money? Some of it was mine.

I fell off a ladder broke my neck and sustained head and physiological injuries
At work . I can understand
A conversation but ,that never happens at the doctor
I have been treated like I have no sense at all.I hope for better communication with the doctors in the future. Is it all about money?